French Toast Trick: What Do You See?

I thought I knew all there was to know about French toast (namely that I really like it), but recently, while on vacation,  I discovered two new things: The cheaper the bread, the better the French Toast, and the thinner the slice, the more delicious it is. This weekend, I made it again, and discovered a third thing: it can be a brain teaser. 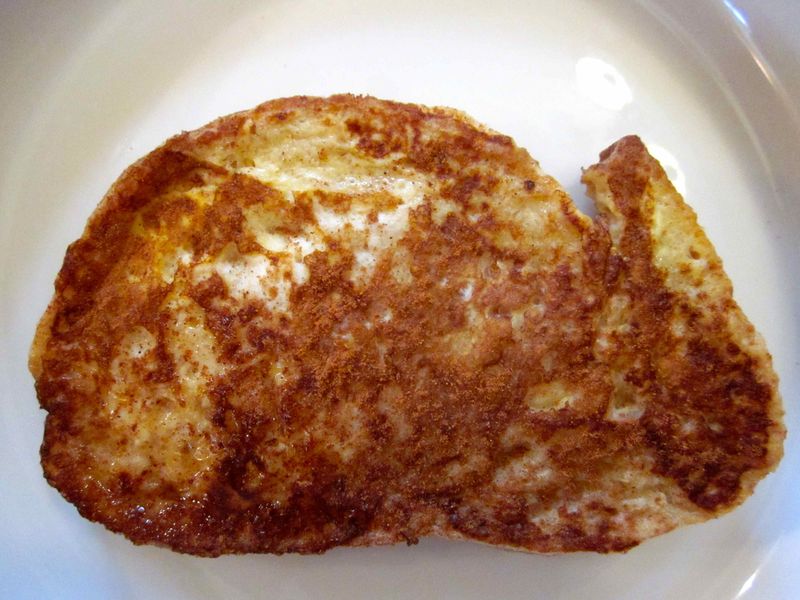 I thought this looked like a rabbit at rest, but when I showed it to Nina, she said it looked like a whale. Santa Maria pointed out that it looks like both. What do you see in it?

Beat the eggs and add in the milk.

Slice the bread thinly and dunk pieces into the mixture.

Brown the slices on a well-buttered frying pan.

Serve with warm maple syrup, cinnamon, powdered sugar, and/or whatever you would like.