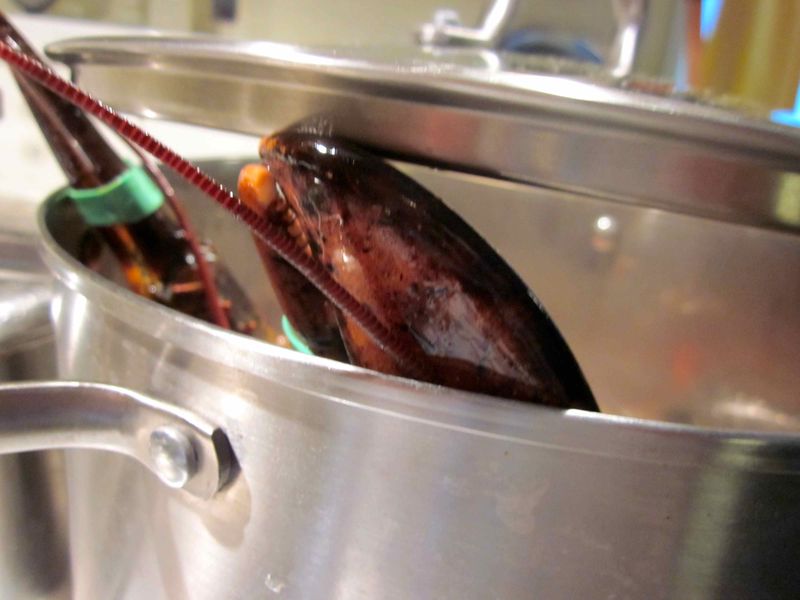 Cooking and eating lobster is much like becoming a parent: simple to initiate, yet challenging to finish. Let’s start with the cooking. Sometimes in life, the things that look the hardest are the easiest to pull off. Bring a little water to boil in a big pot on a high heat, salt the water, drop the lobsters in, cover, wait a few minutes (fifteen-minutes for a pound-and-a-half one) and you’re done. There’s really nothing to it.

Santa Maria, on the other hand, loves lobster, and all summer long she’s been pining away for one. Last August, we took a day trip to the Mohonk Mountain House, and she ate three of them (two belonged to Nina and Pinta, who have inherited my tastes in this department; we had to buy four dinners to get access to the resort’s grounds). A couple of times this year we’ve made plans to get and cook lobsters, but we’ve been foiled for various reasons (on vacation, they were $16 a pound!).

This past weekend, though, I returned to my old stomping grounds, the great Mt. Kisco Seafood, where I caught up with old friends and picked up a few lobsters. My friends there made sure the lobsters had hard shells, and that’s important. A newly molted, soft-shell lobster will have much less meat in it.

These were hardy, pound-and-a-half animals, and when I showed the live ones to my girls, Pinta reacted with a frightened look that made me think of the scene in “Annie Hall” where Woody Allen and Diane Keaton struggle with runaway lobsters. But I showed her how they’re not scary. They’re easy to hold behind the head, where their claws can’t reach you, and they’re very slow moving out of the water (nothing like live blue-claw crabs, which will make you pay very quickly if you let one get away). 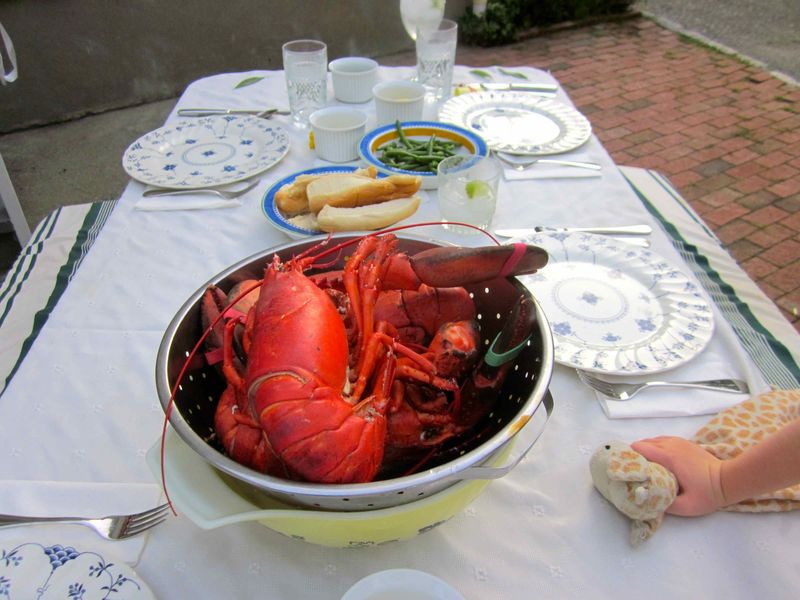 We had our lobsters in the back yard. The breeze was cool and the light was soft. Santa Maria dipped her lobster in lemon butter, and we all enjoyed a late-summer treat. If you want a good, illustrated set of instructions on how to eat a lobster, the Gulf of Maine Research Institute has created one, here. 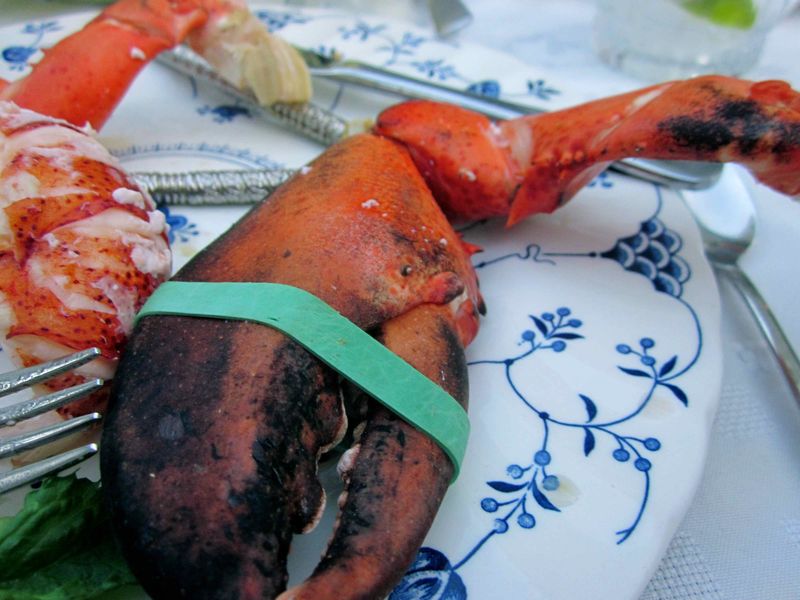