Home Archives About
What Cooking Means to Me: Back to Black Beans
Time Saving Trick: Cook the Green Beans in the Pasta Water 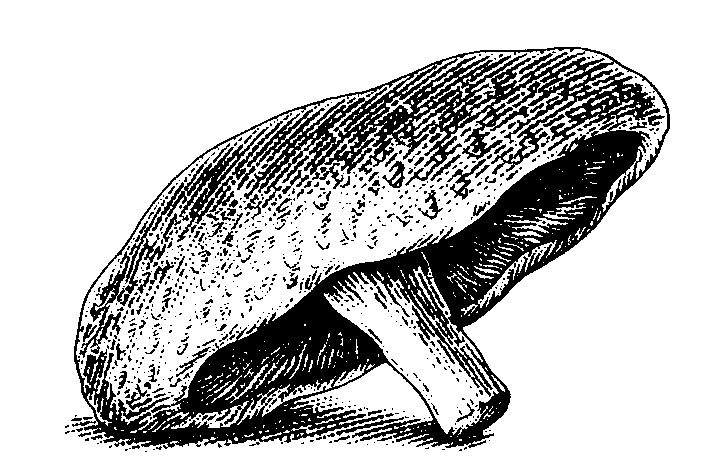 It has been raining so much these days in NYC that I think we’ll soon have mushrooms growing on the sidewalks and in the subways, and this idea reminded me of a guest post that my friend Michael Dorf, a father of two boys and one girl and the owner of the fantastic club City Winery, sent me last year about his risotto. I was too busy with “Man with a Pan” to run it, but things are quieter now.

Mushroom risotto is one of my favorite foods, though I don’t often have the chance to make it these days. Nina, my eldest, has become deathly afraid of mushrooms, and her younger sister has not been immune to Nina’s fears. This, despite the fact that one of the earliest things Nina ever said was “Quak o Van" (a.k.a Coq au Vin), but that’s another story. Here’s Michael’s take on mushroom risotto.

What I like about mushroom risotto, and frankly risotto in general with a million variations, is that it is a meal that requires total focus for a period of time and really requires tuning out the rest of the world.  And since there is constant stirring with one hand and chopping with the other, it appears as you are really busy, which means at dinner parties, it is fair game to not be that involved in conversation and it allows for some personal time which is rare.  Those 60 minutes or so of time I value highly, for I live a frenetic life, busy, always feeling like a worker ant in my life, back in the day at the Knitting Factory or currently at City Winery building something, dealing with artists, staff, investors, what have you and not having time to myself.  So, I relish the hour of focused stirring and spacing out, sipping wine, while it appears I am slaving over the stove.

The actual cooking is really simple.  I start with a good chicken stock, which can be a standalone meal if you’re sick. I use a whole chicken, so I have lots of fat in the liquid, along with carrots, celery, bay leaf, tons of salt and pepper.  It is best to start this a few hours before, so that the chicken has fully disintegrated in the pot.  This should be the kind of soup your mom would make when you were sick.  Then strain it to get the bones and big chunks out and you have an amazing broth to use.

Then I take my biggest pan and fill it with olive oil and finely chopped Garlic.  I get that nice and hot and pour in a lot of Arborio rice. This is measured by eye, as the amount of liquid (the chicken soup) is some ratio of the rice, which I would say is either small, medium, big, and really big.

Quickly, I get all the rice covered in the olive oil and in several seconds it is cooking hard, turn it all over and within a minute, before it would turn brown, pour in about a glass or little more of a white acidic wine--dry chardonnay is the best.  I really try and use a white burgundy and depending on how wealthy I am feeling, I gravitate towards a Montrachet.  However, you don’t want to use much for cooking, rather save it for drinking during the cooking. Just pour enough in the pan to cover all the rice. Then, you have the rest the bottle to consume during the next 45 minutes of cooking.

The wine makes a great sound when poured in the hot pan and if there is an audience, it is impressive, and it cooks off very quickly.  This adds a subtle flavor, as is really the first liquid getting into the dry rice.  Very quickly, ten seconds or so later, take a cup of the broth and pour over the rice and using a large wooden spoon to mix and make sure to scrape every rice piece into the overall mixture.  I use a big coffee cup with handle to get a lot of liquid quickly, but a proper large soup ladle could work.

Constant stirring is the key for the next 25 to 35 minutes, where you wait for the liquid to absorb into the rice and just as it looks like the rice will start to burn, you pour in another cup or two of broth.  You keep doing this maybe 10 times or so, depending on how absorbed the rice is. You can make this for 4 to 25 people pretty easy, and the constant stirring and focus on this is key.  30 seconds spent talking to someone about their kids and you’re screwed; it will cause the rice and stick to the bottom, start to burn, and put a burnt flavor into the entire dish, a real bummer if you used a grand cru Montrachet...  When the rice has absorbed all the liquid it can, it is ready, with a slightly silky texture.  Taste to confirm it is cooked a much as you like.

In another pan, about midway through the cooking of the rice, you start to sauté the vegetables. I use lots of garlic, salt and pepper, as this will add a nice flavor into the big starch pile next door.  I love putting a lot of veggies in as it can serve as your vegetable dish. Mushrooms are my favorite based on what looked freshest at the market, followed by yellow and red peppers, just because they look nice.  But zucchini, peas, spinach, all work well; there are a million directions to take this.

The sautéed veggies are started while the risotto is cooking, so that it stays hot when the time comes to mix it all together.  When cooking purely for adults, you can use fewer veggies to make it more elegant, but that is not my reputation.  When cooking for the family, I take the chance to sneak the veggies in, and usually use fewer mushroom and more corn, peas, and zucchini.

The plating and delivery is key for both the presentation and flavoring.  The rice is easily scooped into a nice round pile in the middle of plate.  Then I sprinkle Parmesan cheese over the pile, allowing some to fall on the plate which looks like a light sprinkle and something that a restaurant would do.  Then I dust chopped parsley on top.  I think it is a critical flavor to add to the mix, but usually the kids don't like the "green leafy thing,” so I leave it off theirs.

For years, we sang the "Rice Aroni, the San Francisco treat" song when giving it to the kids, and they loved it from the time they could eat solids.  As they turned six, they got a little more picky, but would eat it depending on the veggies, and then after nine or ten, they got back into eating all versions of the theme.  Another nice thing is that this lasts for a few days in the fridge and can be heated and eaten later; thus, I always cook too much.

Posted at 01:18 PM in Guest Posts, Side Dishes, Then Dinner | Permalink | 0 comments