Home Archives About
James Taylor and a New Cutting Board Make Life Better
I'll be on Leonard Lopate on Monday at 1, with Guest Host Andy Borowitz

Weekend Pancake Tip: How to Get Everybody to the Table 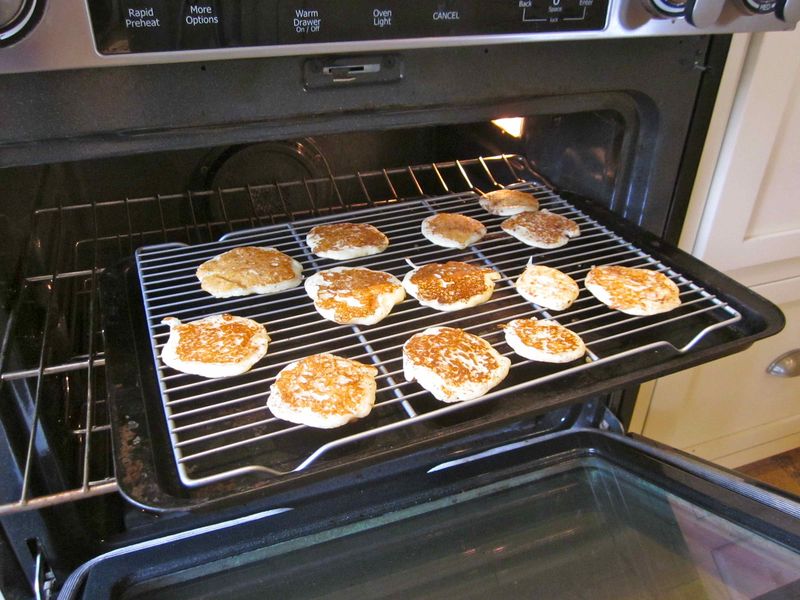 The recent heat wave in New York City has taken more of a toll on me than I expected. My trip to Bed, Bath, and Beyond a few days ago to buy air conditioners turned out to be fruitless. They delivered two units, but I couldn't install them the night of my tipsy cooking spree because there were rusty and recalcitrant child guards in the windows. That was sleepless night number one.

The next day, a friend helped us get those old child guards out of the window and put up the new air conditioners. But the one in the bedroom blew nothing but hot air (kind of like me). That was sleepless night number two.

The kitchen is my place of strength, and I'm happy to share what I've learned there. The weekend is almost here, and that typically means pancakes around our house. Recently, I discovered a way to make a bunch of pancakes at once and keep them from getting soggy. There's nothing worse than flabby pancakes (I like them with a crisp and buttery edge).

Well, maybe there is one thing worse than flabby pancakes: having to get up from the table to cook a new batch every two minutes as the kids scarf theirs down. Breakfast is an unfortunately complicated meal, and I’m always looking for ways to make it less stressful.

An easy way to get everyone to the table (and that includes the chef) is to make them all before you sit down. Keep them in a warm oven (about 200 degrees) on a rack, and they'll be almost as good as the ones that come fresh off the pan.