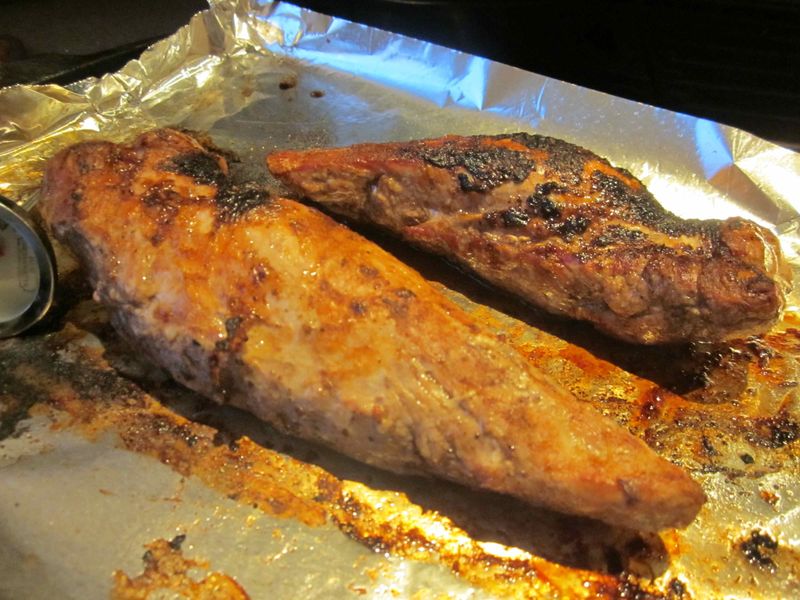 Nothing—short of eating itself—makes me happier than cooking with Santa Maria. When it goes right, we are like ballet dancers leaping over each other on the stage of our kitchen. If music isn't playing on the stereo, it is in my heart.

Tonight, though, we hit the sweet spot. She prepped the pine nuts, parmesan, and lemon juice for our Fly Sky High Kale Salad while I delved into the chiffonade of leaves. Then I threw two pork loins on the broiler, and dinner was ready in less than a half hour.

Turn on the oven’s broiler.
Mix the olive oil and the spices and the mustard in a bowl.
Lay the pork on a roasting sheet and coat with the mixture.
Put the meat under the broiler for about ten minutes a side, until it browns.
Cook it to an internal temperature of about 150 degrees, which will leave a little pink but be safe to eat.

Note: This makes great, low-fat sandwiches when put on bread with caramelized onions.

Adapted from Mark Bittman's "How to Cook Everything"