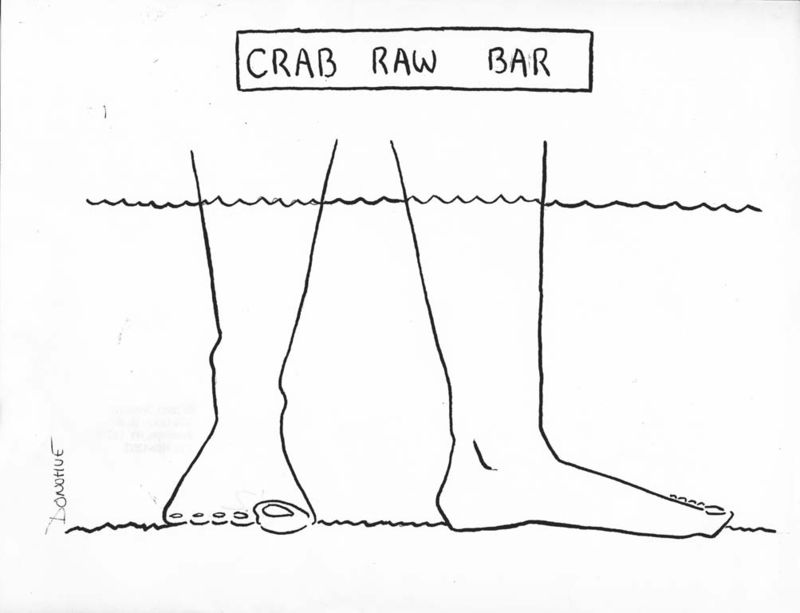 Sometimes, I wonder what Nina and Pinta, who are still very young, will remember of my cooking after they have grown up. I hope they have something of the perspective of my friend Anne, who wrote to me recently about the cooking her dad did (and does for her).

My dad is a doctor (pulmonary), and has been putting in twenty-hour shifts at the hospital with some regularity for most of my life.  He’s nonetheless managed to devote a good bit of time to kitchen life with my mother and sister and me and, now that we’re grown, my husband and my sister’s partner. He’s always thought of cooking as a pleasure, and likes to have company with him while he works, chatting and listening to music and sous-cheffing.

My sister and I were given easy jobs as children – setting the table, stirring risottos, making the biscuits and salad dressings – while he and my mother put dinner together. He liked to insist that Beth and I had the best palates in the household, and took our opinions on whether a sauce required more oregano or a pinch of sugar very, very seriously. We got to have sips of the good wines, too, and tell him what we could taste in them.

Among the most memorable dinners were hushpuppies and fried mullet, which we caught by wading out in Pensacola Bay with my dad, him tossing a cast net, my sister and I following with pillowcases to keep the fish alive and underwater until we got them home.

Another favorite was mounds of boiled shrimp and crabs, with several kinds of sauce, eaten on a table covered in newspapers, with ice-cold beers and cokes all around. On cold days, there was lentil soup cut with balsamic vinegar. For a crowd of my and my sister’s friends (who quickly became my parents’ friends, too), he’d make vats of plain tomato and puttanesca sauce, a skillet full of fennelly sausage, spaghetti and garlic bread and a salad so big it had to go in a plastic tub.

In the summer there’d be pan-fried trout with never-refrigerated sliced farmstand tomatoes and corn cooked in its husks on the grill. I particularly loved linguini with crab and a sherry-cream sauce; my sister adored eggplant and tomato and parmesan layered in a pyrex dish and baked, with baguette from the French bakery downtown.

Things rarely went far awry, though I do recall the flaming rum babas (coconut macaroons sautéed in butter, plus hot rum and a match) that scorched the ceiling, and the chicken cooked in a salt crust that did not fall open with the tap of a butter knife like Jacques Pepin had said it would. Daddy eventually went down to the basement to retrieve a hammer and chisel; somehow salt ended up on the ceiling of our dining room, and it stayed there for years after.

What else?  He eats the worst lunches possible (hot dogs and crackers when he’s at the hospital, cans of Vienna sausages and packets of saltines when he’s hiking or fishing, sometimes a pickled egg), and skips breakfast more often than not.  It’s like he’s saving his taste buds up for one meal. When we’re all together, the topic of conversation is always What Are We Going to Eat Tonight/Tomorrow/Every Night This Week. You’d think it’d get boring, but it never does.

The following is a family favorite of my dad’s recipes, something he put together after conversations with a couple of Greek patients. It’s not too hard to assemble and get in the oven (particularly if you parcel out the job of peeling and cleaning the shrimp), giving everyone a nice, unhurried cocktail hour. Serve with good crusty bread for soaking up the juices, and maybe a salad.

Preheat the oven to 400. Put some olive oil in the bottom of a baking dish, and add a layer (about an inch, maybe an inch-and-a-half) of coarsely-chopped tomatoes. Cook this in the oven for ten or twelve minutes, until it starts to get a bit sludgy, then take it out and smooth out the tomato layer with the back of a spoon. Add a layer of medium-size peeled shrimp, grind some black pepper over them, then crumble feta cheese over the top.  Put back in the oven and cook for about ten minutes more, until the shrimp are pink.

You can dress it up with garlic, basil, thyme, parsley, oregano, an extra drizzle of olive oil at the end – but it’s plenty delicious plain.