Home Archives About
Father’s Day Guest Post: An Appreciation
We Interrupt This Blog to Bring You a New Way to Listen to Music 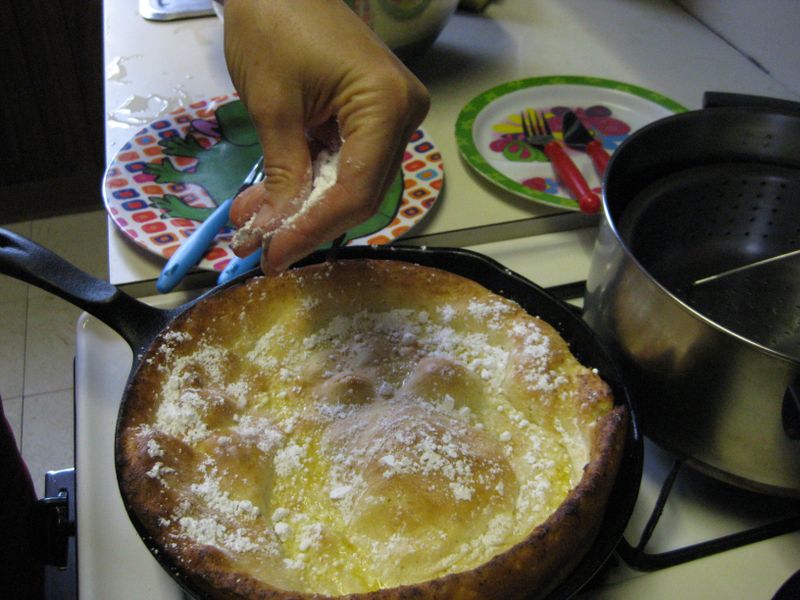 I had a great Father's Day—I got to sleep until 9:30 a. m. The last time that happened I was sick with a 103.5 degree fever, so you can imagine how good it felt. Santa Maria cooked a Dutch Baby for breakfast, and we spent the day at Governors Island, riding a bicycle built for four.

When we returned home, I threw together a quick summer dinner of flounder, broccoli, and bread, but what I really want to tell you about is something that I found last week. On Thursday, I came across a great reminiscence, on Leite’s Culinaria, by Rick Casner, a cooking dad whose children are grown. If I hadn’t had my friend Anne’s look back at her dad, I would have run it on Friday. I enjoyed Casner’s piece so much though, I still wanted to share it. He starts:

Somehow, though, my first wife and I bought a coffee table and then we got a dog and then we had a couple of kids, as if we were players in a frothy 1930s musical believing we could simply dance over the realities of our own limitations. Then the marriage fell apart, and I began to realize just how poundingly stupid I could be about these kinds of things. Sitting in the car one day, staring out of the windshield with my two young sons asleep in their car seats, it sank in. It wasn’t all about me anymore. It was about me and those two boys. I was now responsible for something bigger. It also struck me that my own father hadn’t been much of a role model, and that I’d have to somehow invent for myself—and for them—what being a dad was. I can still remember where I was parked. That’s the day I became a father.

The rest of the post is here, but I'll leave you with the photo that accompanied it. If this doesn't convey how sweet it is, I don't know what could. 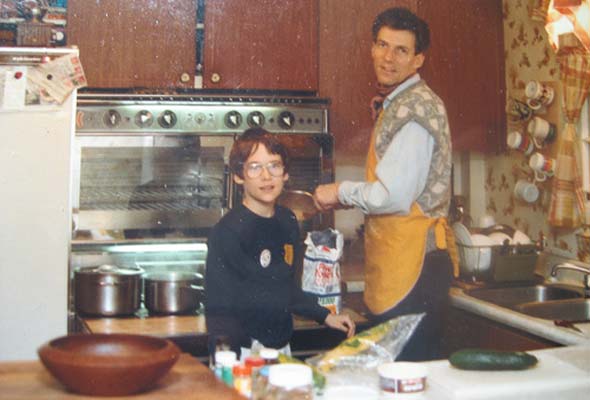