Home Archives About
I'll be on Leonard Lopate on Monday at 1, with Guest Host Andy Borowitz
Corn Grits Experiment Pays Off: A Crunchy Pork Chop Recipe 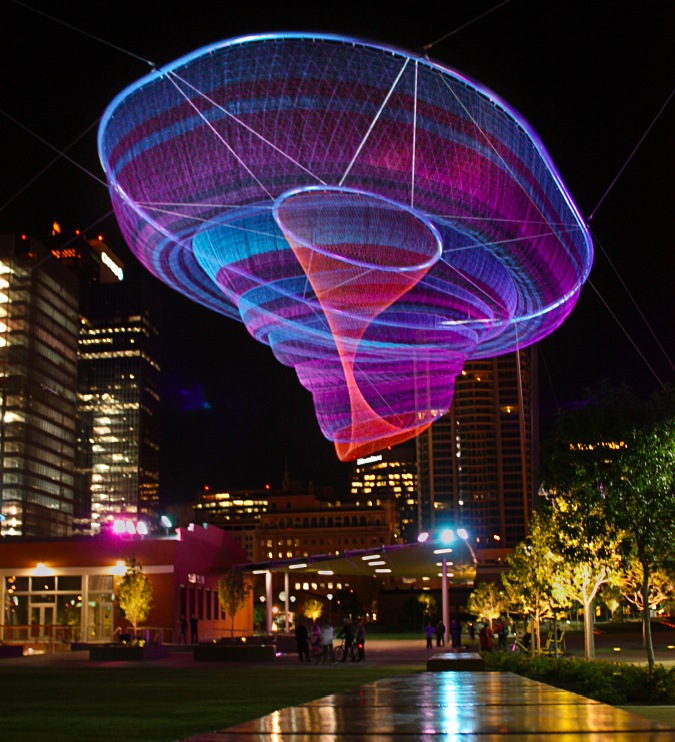 This evening I made a late dinner using some old pasta, basil, ham, and an egg. I wasn't using a recipe, but if I had been, it would have come from the "Dr. Seuss Cookbook." I was tired after a long day of radio appearances to promote "Man with a Pan: Culinary Adventures of Fathers who Cook for Their Families," and it was all I could muster.

As I mentioned over the weekend, I was interviewed by the humor writer Andy Borowitz who was guest hosting "The Leonard Lopate Show." He said he never uses recipes, so I felt emboldened as I grabbed what I could find from the refrigerator. In case you missed the broadcast, WNYC has posted the interview here.

And if you did listen to the interview, and you are new to this blog, I have something for you. It's not food related, but it does speak to my mission here, which is about inspiring other dads to take up the spatula and start cooking.

My friend Janet Echelman is a sculptor, and she recently gave a TED Talk about the importance of taking imagination seriously. If you want to be a good cook, that's good advice. As it turned out, my last-minute dinner went surprisingly well. I'll write more about it shortly, and in the meantime I would like to hear about your too-tired-to-cook, success stories, if you have any. Until then, Janet's video can be found here: