Home Archives About
We Interrupt This Blog to Bring You a New Way to Listen to Music
"Man with a Pan" Hits Best Seller List! 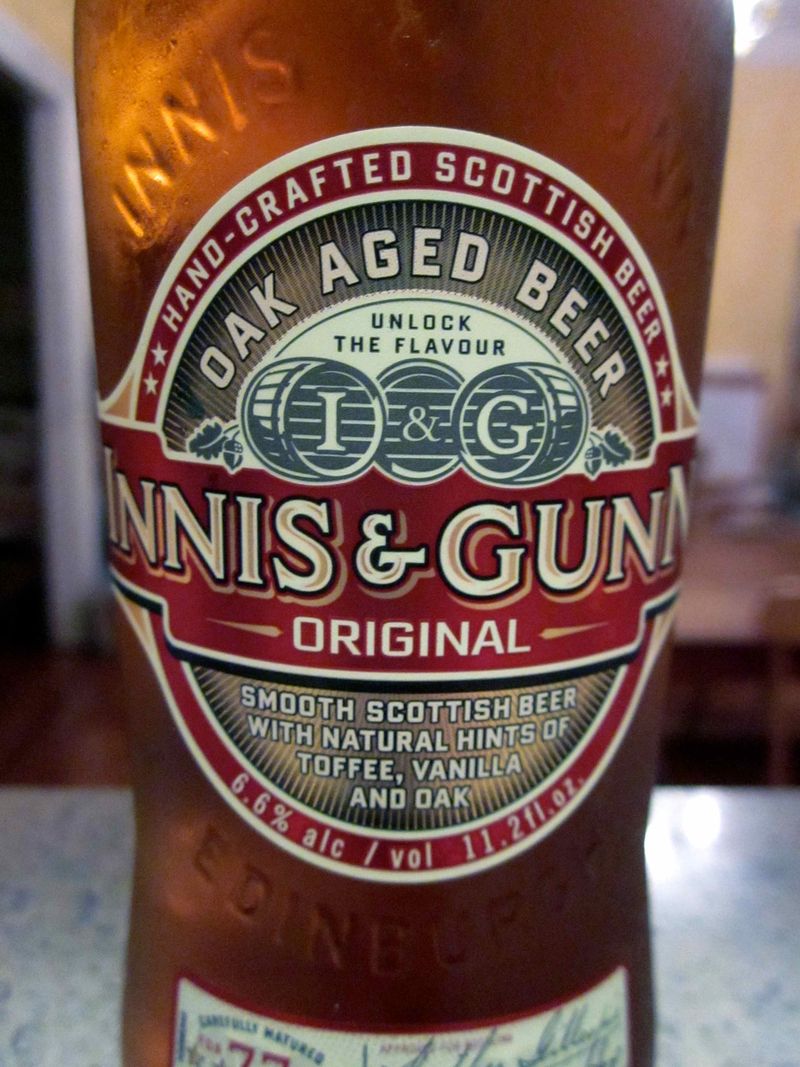 I was out on Monday night at a couple of parties, including one for "Red Hot + Rio 2," the latest offering from the AIDs fighting group Red Hot. The album features Alice Smith, John Legend, Beck, David Byrne, and countless other contemporary artists interpreting classics from the Brazilian Tropicália movement of the late sixties.

Tropicália mixed blues, rock, psychedelia, folk, jazz, bossa nova, and samba into a revolutionary stew, and the new compilation is a tasty treat. But a strange brew they were serving at the party left a more lasting impression on me: Innis & Gunn's Rum Cask Finish Oak Aged Beer has the lightest, sweetest, most complex taste of any beer I've ever had.

The beer, which is aged in oak casks that have been used to make Navy rum, was an accidental discovery on the part of its producer a few years ago. A Scottish whisky distiller, William Grant & Sons, wanted to make an ale-finished liquor, so it commissioned a leading brewer to make a beer to season the casks that would be used for the whisky. The beer was supposed to be discarded, but some thirsty employee tasted it instead, and realized that they were on to something.

The amber brew is delicate and sophisticated, with hints of vanilla and, of course, oak. There's no trace of bitterness at all. The brewer’s website suggests pairing it with food, like a fine wine, but I disagree.

I was so enthusiastic about the beer that I bought some last night at Bierkraft, and had it with my quick chicken curry. The food overwhelmed the beer, though, and rendered its delicate flavor closer to water than anything as delightful as I had downed the night before. Next time, I'm having it strictly as an aperitif. It deserves a moment of its own.