No Mistake: I Get Grilling Advice from John Rando 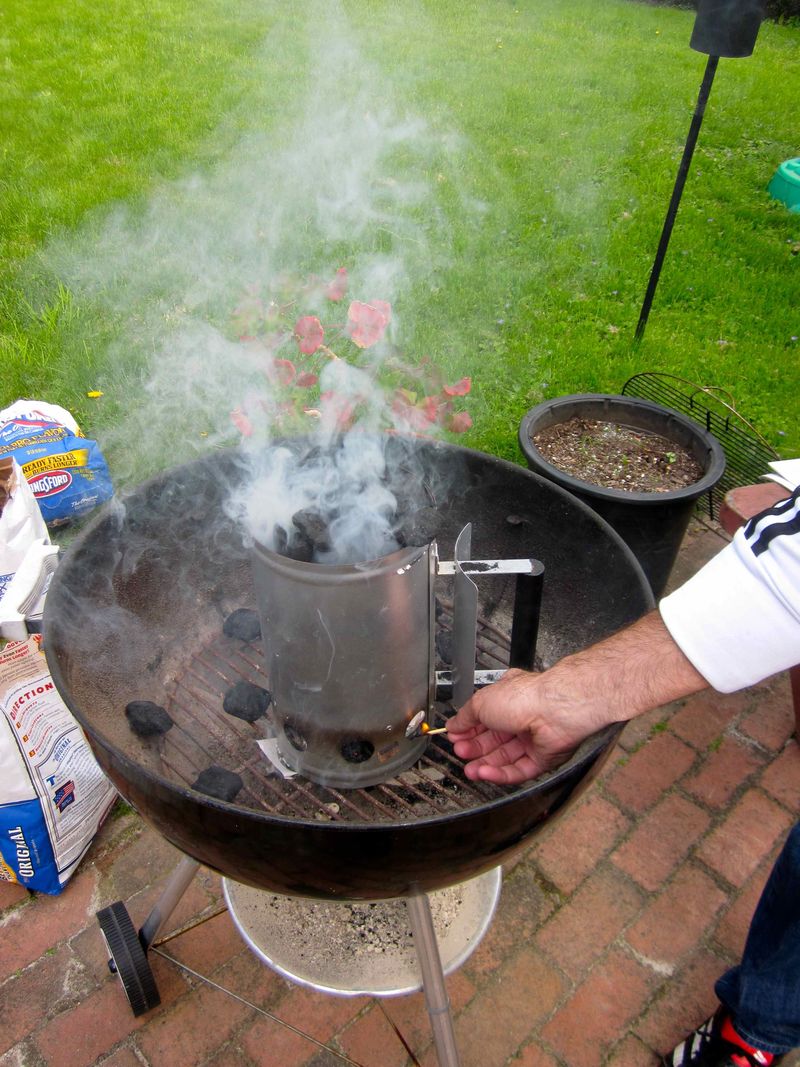 I’m completely comfortable in the kitchen, but give me a steak and put me behind a grill, and as our Borough President might put it, “fuhgeddaboudit.” I can do a few things well—such as a boneless-leg of lamb, a pork shoulder, or soft-shell crabs—but when it comes to steak, I’m lost.

Over the weekend, my sister and her husband threw a BBQ at my mom’s house to celebrate Mother’s Day, and I had a chance to talk to my brother-in-law John Rando about grilling.

Rando is a theatre director and man of many accomplishments—he won a Tony Award for “Urinetown” a few years ago—but the thing about him that impresses me the most is that he’s from the Lone Star State. When he was lighting the fire, I asked him about barbecuing. “This ain’t Texas BBQ, this is just throwing some steaks on the grill,” he said. 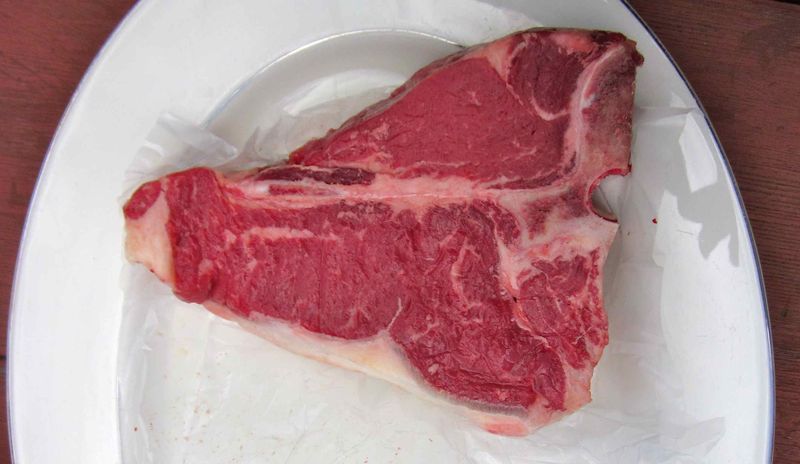 “One of my youngest memories,” Rando added, “is of my Dad throwing a party for his 40th birthday. He threw a luau. He dug a three-foot pit in our back yard, and roasted a pig with palms and everything. He created quite a stir. It was very good.”

Rando’s memory made me think of Manny Howard's essay in my forthcoming book, “Man with a Pan: Culinary Adventures of Fathers who Cook for their Families,” in which he attempted much the same thing, on a beach at the end of Long Island, with a slightly different result:

“We unearthed the pig. It was hot and fully cooked, but, to my horror, it looked like an East River floater. The beast wasn’t roasted. I had steamed it in the sand. At best you could call it poached. Whatever it was called, dinner was a wrinkly abomination; not the least bit appetizing.”

How Howard saves the day, and woos the love of his life (future wife and mother of his children) makes for a good read, and it’s in the book. Check it out and see.

Rando’s father never had this sort of problem, though, and grilling was a big part of John’s life as a kid. “I grew up near Galveston Bay, and we used to eat jumbo shrimp. They had to have their heads on to be good. My dad would marinate them for a few hours in olive oil, lemon, and lots of garlic. Then he would grill them directly. They would boil in their little shells. We’d take them to the table, pop their little heads off, and start eating.” 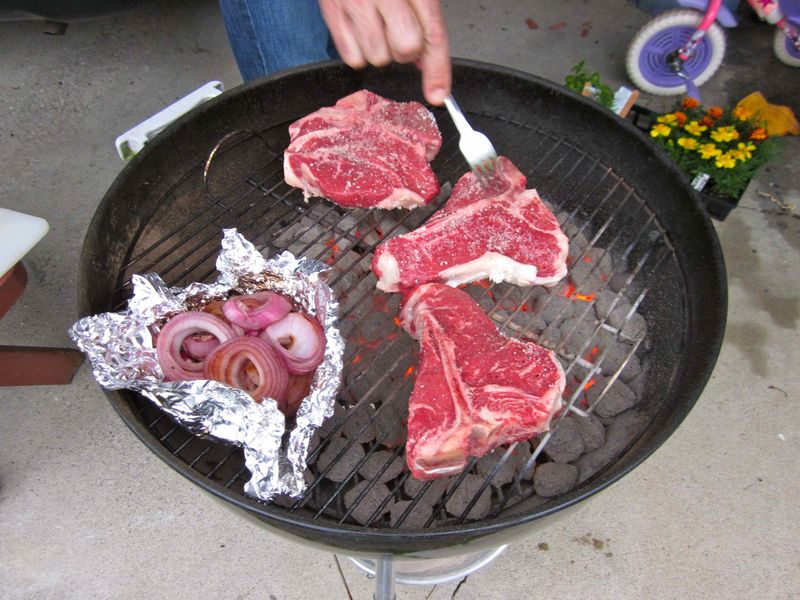 Over the weekend, Rando gave me some instructions on how to grill a nice steak. He was cooking Porterhouses. “I like them with a lot of salt. Rock salt is best,” he said. “One inch equals 3.5 minutes a side. That’s from Mark Bittman.” 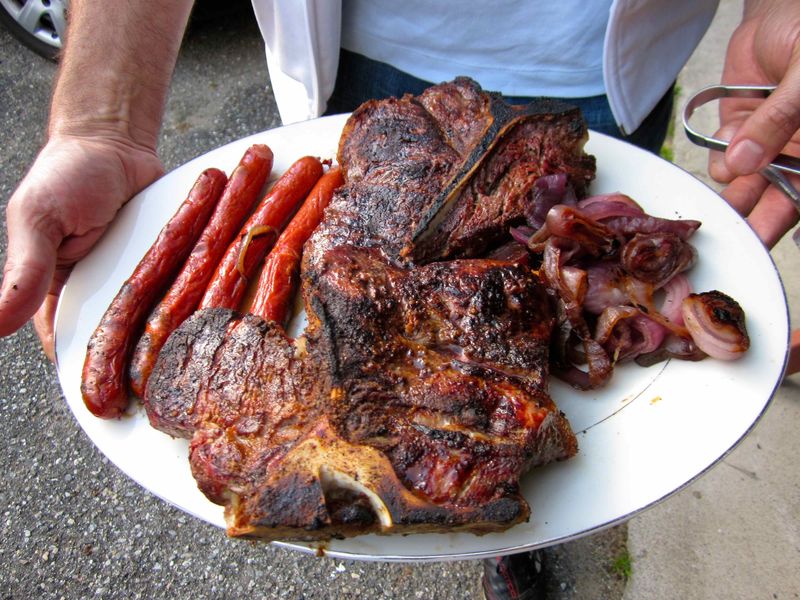 These ended up running just a bit past the 16 minute mark, and they were mouthwatering. How do you like to grill your steaks?