Home Archives About
My First Visit to Roberta's: A Long and Strange Trip, But Well Worth It
Popcorn Stirs a Memory

The Legendary Powers of Asparagus 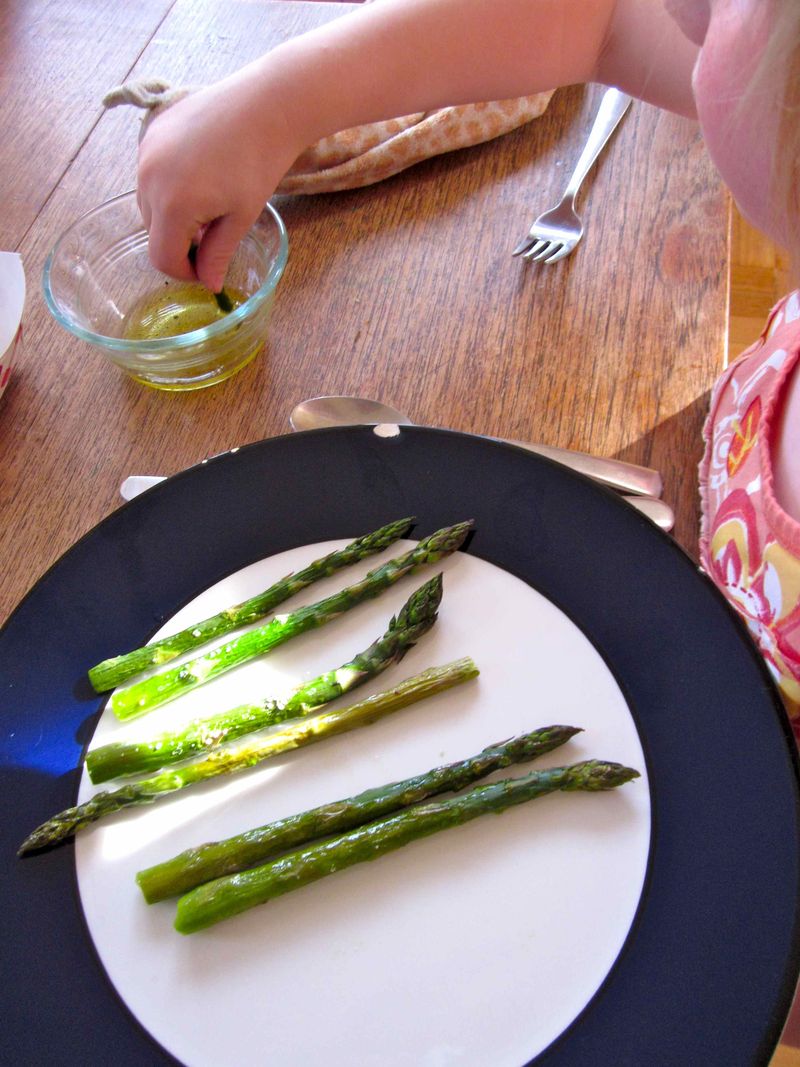 Last week, I praised late-stage capitalism and the global supply chain for the availability of blackberries, and I’d like to extend my appreciation of such modern miracles to one of my favorite vegetables, asparagus.

Asparagus is, of course, the supreme spring vegetable, and it never tastes better than this time of year. But no matter what the calendar says, it’s not quite spring here, and I haven’t seen any local stalks in stores (I came up empty handed on my last two trips to the Green Market). So the asparagus I’m getting from the Park Slope Food Coop must be coming from somewhere else.

No matter where it comes from, it is heaven sent. Asparagus not only tastes delicious, but it has a fascinating history and magical powers.

The vegetable was prized by Egyptians and Romans, and so sought after for its medicinal and culinary properties that Roman emperors kept a special fleet on hand for the expressed purpose of fetching it. More recently, circa 1979, it was declared as a cure for cancer. Many of these claims may be suspect, but they’re fun to know about.

And I can now certify that asparagus has a previously undiscovered power—to mesmerize small children. On Saturday, Pinta wanted to help me make dinner. Cooking with one’s children is an admirable goal, but it is not an easy one. The task has been described by Santa Maria as akin to “showering with monkeys,” and that pretty much sums it up.

But I love spending time with my children, and I’m fortunate that they’re at an age where they love spending it with me. When Pinta said she wanted to help, I was game.

We were having a simple dinner of flounder, asparagus, and baguette, so there wasn’t much to do (I complicated things by adding to the mix oysters on the half shell, fresh guacamole, and fresh salsa, but that was my problem, not hers).

Pinta helped me break the ends off the asparagus, and wash them in the sink. She spent a good half hour getting those stalks clean. She loved swirling them around in the water, shaking them out, and then doing all over again. She was happy, and it gave me time to finish making the rest of dinner. Talk about magic.

Lay the asparagus stalks in one layer on a baking sheet. Dress with a bit of olive oil and salt and pepper.

Roast for about 20 minutes, or until the stalks are crispy on the outside and sufficiently tender on the inside.

Serve them plain, with a vinaigrette on the side, or dressed with balsamic vinegar and topped with parmesan.