Home Archives About
Slow Cooker Follow Up: It's all in the Art
Easter Morning Biscuits Provide Evidence of the Divine 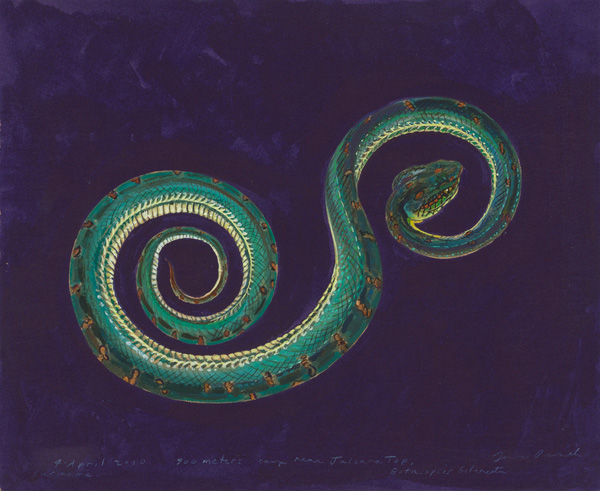 Last night I picked up a copy of the May issue of Saveur to check out its review of "Man with a Pan: Culinary Adventures of Fathers who Cook for their Families." I would link to the review, but it is not yet up on Saveur.com, which is currently full of excellent suggestions for Passover and Easter (if you were hoping for some lamb or brisket tips from me, my apologies; next year, I promise).

The review was written by Matt Gross, of the hip fathers' blog, DadWagon, and he loved the book. I encourage you to go out and buy a copy of the magazine, but not just to read about my book. The latest issue is full of tasty treats, from a short piece about Jamaican Ice Cream that's made with beer, to a longer exploration of succulent food from Zacatecas, Mexico, written by Javier Cabral, of the hip, er, punk L.A. food website TheGlutster.

Other than the review of my book, though, my favorite part of the new issue of Saveur was an essay about the migratory habits of eels. When I was a teenager I used to work at a retail fish market after school, and I learned how to fillet fish, clean soft-shell crabs, and skin eels, just as the essay's author, James Prosek, describes, by "slicing around their heads and pulling the skin back like a sock from a foot."

I happened to have enjoyed cutting fish and skinning eels (What can I say, I was an odd teenager). I was happy to have learned those skills. What I was less happy to learn, from Prosek's essay, is that most of the North American eels we eat are caught here early in life, flown to China and raised, "cleaned, cooked, packaged, and shipped back across the world to New York." Overfishing, hydropower dams, and pollution are contributing to the species decline.

Proslek is also an accomplished artist (that's his painting at the top of this post), as well as a writer (his latest book is "Eels: An Exploration, From New Zealand to the Sargasso, of the World's Most Mysterious Fish"), and he recently made a video about Ray Turner, the last man on the East Coast to catch wild eels. He does it in upstate New York, at the start of the Delaware river, using a stone weir that he "rebuilds himself, stone by stone, every year." Here's Prosek's video about Turner and his vanishing way of life.