Home Archives About
The Legendary Powers of Asparagus
Do's and Don'ts of Making Pesto: A Taste of "Man With a Pan" 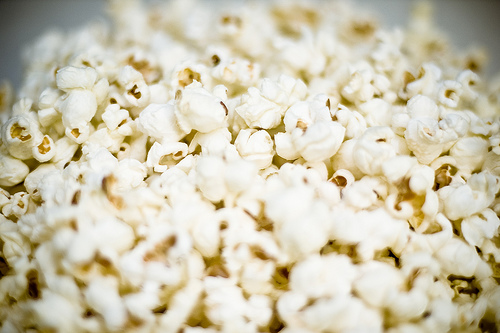 I'm often asked how I started to cook, and I don't have a simple answer. Ask me why, and that's easier to field: I was always hungry. How I learned is a more complicated, and the truth is that I'm still learning. Bob Dylan once said "he not busy being born is busy dying," and I believe that's true.

My mother did the cooking around the house when I grew up, but I didn't learn many techniques from her. She was too busy to teach me. I picked up a great body of knowledge, though, from what she served. She always used fresh ingredients and leafy greens. We had fish once a week, and she made almost everything from scratch (no wonder she was busy).

We had such a healthy diet that I thought eating iceberg lettuce was a treat. And it was for me. Whenever we ate at a restaurant, I would order a huge wedge of it slathered with Thousand Island dressing. My mother would make a face and roll her eyes, which made it taste all the better.

I have one memory of learning to cook from my mother, and it came back to me yesterday when I was reading Mark Bittman's blog, which featured an entry on homemade popcorn. It was one of the few things that my mother taught me how to make. We didn't have it often, but we would have it occasionally on a weekend afternoon.

I can still see the inside of the tall Revere pot with it's shimmering layer of vegetable oil in the base, and hear the plink of the single kernel of corn going into the pot. I can feel the heft of the handle as I put it on the burner. I remember well the sound of it popping and the rattle of the rest of the kernels going onto the hot oil. Moments later it would burst into a drumroll and when the rat-a-tat-tat of delight subsided, we would pour the steaming white kernels into a big wooden salad bowl, and top them with salt and butter.

On Saturday, I cooked almost a whole meal with Pinta (she also helped me make the guacamole, but as she herself said, she was too little to open the oysters), and the popcorn article on Bittman's blog, which was written by Freya Bellin, made me very excited. It is one more thing I can make with her and her sister. And the nice thing about Bellin's entry is that it is full of suggestions for flavoring the popcorn, if you feel like learning something new.