Pernil Pretty Near Perfect, But Not Quite 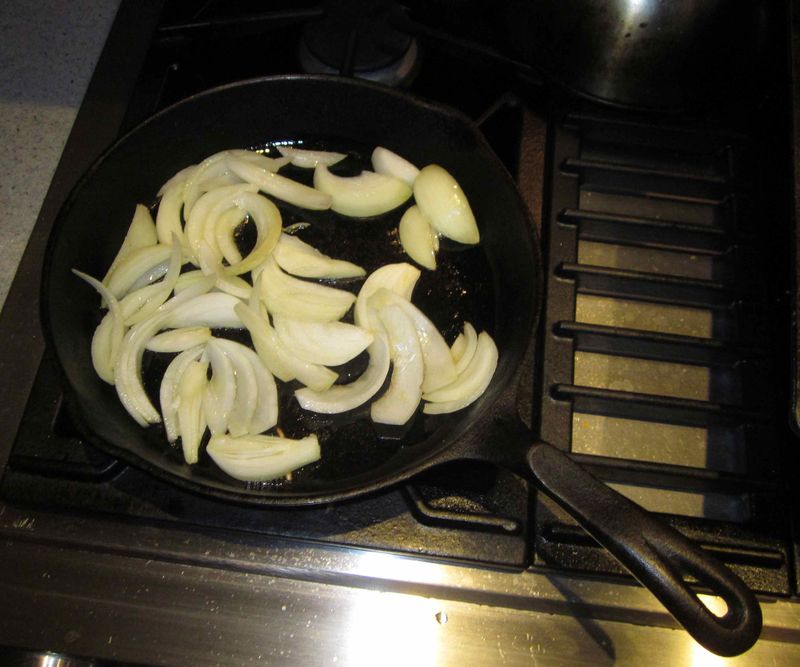 As I mentioned the other day (when I posted about the Jellymongers), I recently served pernil, the famed Puerto Rican roasted pork shoulder. It was earlier this week, and we were having Nina's former pre-K and kindergarten teachers over for a Monday night dinner party.

Pernil has many things to recommend it. It is super delicious, typically inexpensive (unless one opts for free-range pork from the Park Slope Food Coop) and generally so succulent that it's impossible to carve. It falls apart on the plate like pulled pork. I've made it before, and it has been an absolute delight.

On Monday, my pernil didn't quite turn out that way. The cut was less than four pounds, and it was in the oven for four plus hours at about 275. It came out a bit dry. Acccording to this discussion on Chowhound, I either cooked it too long, or too little (any reader with experience in these matters, please weigh in).

Also, I might have used the wrong cut of meat. The Coop label said something like "Pork Shoulder Arm," and as I marinated it the night before that word "Arm" stuck in my head. I've never been too sure about the proper names for cuts of meat (the girls had a good laugh when we were planning the meal and I told them the cut was also known as the butt), and I didn't know what to make of the word "Arm."

In a testament to the recipe, though, the meat was still very tasty. I liked it, despite it being dry. Our guests, one of whom was of Puerto Rican descent and who probably grew up with real pernil, were very polite (the other was a vegan, so it was easy for her).

We had a lot leftover; I salvaged the meat for sandwiches the next day by making some caramelized onions, which worked out just fine.

Combine the garlic, onion, oregano, cumin, chili, salt, and pepper together in a food processor and pulverize. Add the olive oil, vinegar, lime juice, and orange juice, and pulse until everything is combined.

Score the outside of the meat with a cross-hatched pattern and marinate the meat in the mixture overnight. (I used a Ziploc bag.)

The next day, take the meat out and allow it to warm to room temperature while you preheat the oven to 300 degrees.

Put the pork in a roasting pan on a rack and add a bit of water to the bottom of the pan, and roast until it is done (a 4 pound shoulder may take as few as three hours). The meat should be cooked until it is tender.

Let meat rest for ten or so minutes before serving it. Garnish with lime.