No Elbows on the Table: Corn and a Lesson About Table Manners 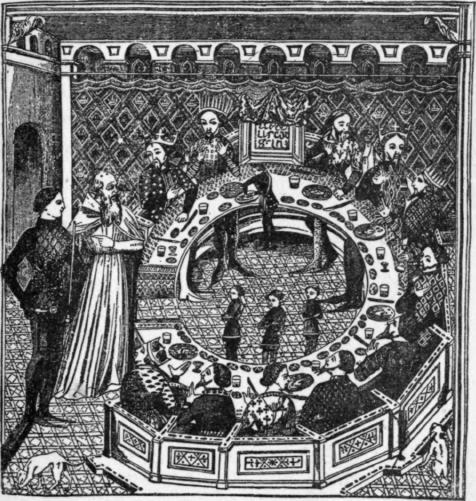 We’re visiting the grandparents, and we arrived Sunday night to a beautiful home-cooked meal prepared, as usual, by Santa Maria’s father. He served roast chicken, stuffing, asparagus, and corn on the cob.

The corn might have been out of season, but it was very popular. Nina and Pinta gobbled it up. Nina sat across from me, and as she struggled to get the buttered kernels off the cob, she had her elbows on the table.

We’ve been teaching the kids manners, and this caught the attention of Pinta, who called out, “No elbows on the table.” I saw Nina struggling and said “Elbows are allowed on the table when eating corn on the cob. It’s a little known rule of etiquette, that when you eat something with your hands, no rules apply.”

I made that up, of course, but it sounded good. Later, I second guessed myself, so I did a bit of research into elbows and table manners.

After I looked around a bit, I felt that making something up was the right approach. What do you tell your children about table manners?