Modernist Cuisine and Tricks In and Out of the Kitchen 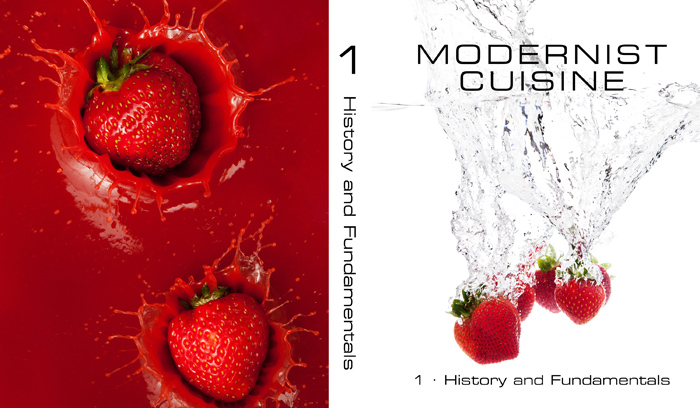 Speaking of Grant Achatz, molecular gastronomy, and high-level trickery in the kitchen, “Modernist Cuisine,” a 40-pound, six-volume, 2,438-page collection was recently published. The $625 book was created over several years by a team led by Nathan Myhrvold, the former chief technology officer for Microsoft, at a cost of untold millions.

Yesterday’s New York Times had a review by Michael Ruhlman that was full of enticing descriptions of what the book contains, including “exciting reports from the testing kitchen on what is happening to a roast in the oven as the skin dries out and the water just below the surface hits boiling temperatures; why braised food tastes better the next day and dried beans sometimes never seem to get tender (try cooking them in distilled water); the crucial role of humidity in the oven and its impact on baking; and the real reason to rest meat (because dissolved and degraded proteins thicken the juices, not that the juices redistribute, chefs’ stock answer).” The book sounds like great fun to me.

Despite Ruhlman's enthusiasm for the book, he finds faults with it. Thanks to technology's magical tricks, Myhrvold has rebutted the review online. You can read it here.

Not to fall too deeply into the rabbit hole debating high-tech cooking, I want to mention something that my kids have been up to lately. No they haven’t been doing a sous vide on their chocolate bunny crackers, but they have been asking me to “play tricks on them.” Chiefly this consists of me flipping them upside down on the bed when they least expected it, much in the way Cato used to attack Inspector Clouseau in the old “Pink Panther” films.

Last night the tables were turned, though. Pinta announced her hunger with an exaggerated roar, and played a trick on me, pushing me from behind as I made my way to the kitchen to cook dinner.

Here's a link to Clouseau and Cato battling it out in "The Pink Panther Strikes Again." I would have embedded it, but some technological trickery has prevented me from doing so. Video is here.