Home Archives About
Monday Guest Post: An Ode to the Pot Roast
I'm Nominated for the Circle of Moms' Top 25 Dad Blogs: WWJBD? 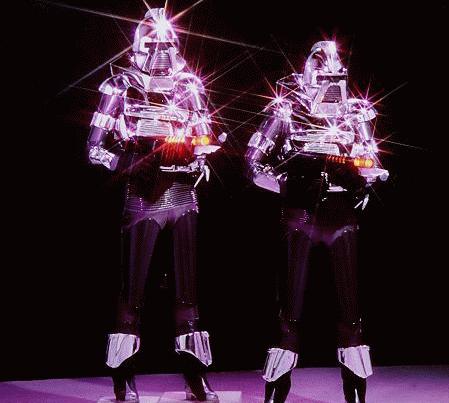 The refrigerator in our new apartment has a surprising feature—it beeps when the door is left ajar. We hear its high-pitched call every now and again, and, since we've lately been watching old episodes of "Battlestar Galactica" on Netflix, Santa Maria has taken to saying "Is that a Cylon?

The refrigerator also beeps when you stand in front of it with the door open for a while. If I had a teenage son, who might be inclined to stand there and drink milk from the spout of a gallon jug, the beeping might come in handy. As it is now, it just beeps at us when we're doing more mundane tasks, such as going through it to see what's on each shelf a week after shopping.

Last night, Santa Maria and I were doing just that, reviewing what was left in there, what needed to be thrown out, what could be frozen, and what could be eaten later. Shopping for a family is a tricky thing. Buy too little, and you'll find yourself short of a key ingredient on a cold weeknight. Buy too much, and you're wasting food and money.

I couldn't have foreseen the strep throat last week, and I neglected to consider what it would mean to be out of town shooting a video. Long story, short: I was left with a half-eaten roast chicken, two whole chickens, two pork loins, and a batch of Puttanesca. Clearly I had too much food on hand. What to do?

One of the chickens had a sell-by date of the 19th. I'll make soup with that. One of the tastiest chicken soups I ever made was with a stinky old bird, and I wouldn't mind replicating that experience. The other bird has a sell-by day of the 23rd, so I have time to cook that up later in the week. I froze the Puttanesca.

I picked the half-eaten roast chicken, and made a salad using a bit of celery, onion, fresh ginger, and lime. I plan on eating that for lunch today, and I'll let you know how it tastes. As for the beeping fridge, I think it would be most useful if it beeped when I was buying too much food. I hate to see anything go to waste. How do you all handle the big shop, leftovers, and having too much food on hand?