Home Archives About
What I’m Drinking Now: 2008 Los Vascos Cabernet Sauvignon
Back Still Sore, but Dinner Calls: Puttanesca and Artichokes to the Rescue

My Back Goes Out, but Guess What? I'm Still Hungry: A Time for Pumpkin Seeds 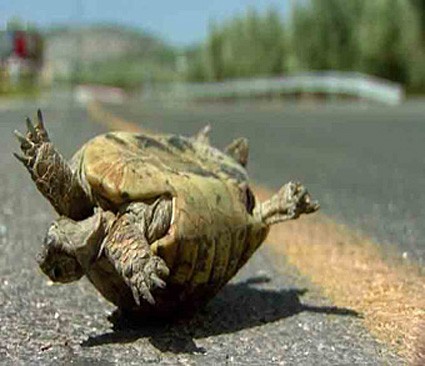 I have been extremely busy lately, preparing for the publication of my book, “Man with a Pan: Culinary Adventures of Fathers who Cook for their Families,” finding a new place to live, concentrating on renovating the apartment, and contending with old-school Brooklyn landlords whose idea of conflict resolution starts with a baseball bat and ends before a judge. Monday night it all caught up with me: I threw out my back.

I was relaxing with Santa Maria after dinner, and I suddenly felt as if a vise had been tightened around my lower spine. Soon, standing upright was out of the question, and shortly after that, moving at all was nearly impossible.

This was the third time in my life on the lumbar-pain merry-go-round, and fortunately, Santa Maria was there to hand me a hot-water bottle. The last time my back went out, I was alone in the house—just imagine how long it took me to fill a hot-water bottle; it felt like decades.

The first time was the worst. One Sunday evening about four years ago, I was stretched out on the floor, taking it easy after a casual dinner at a friend’s house. Suddenly, I couldn’t move. Seized with pain, I rolled over on my back and I was as stuck as upside-down tortoise on the hot asphalt of a mountain highway in August.

This time, it hasn’t been as bad. I’m fairly mobile and I hope that like the other times, the pain will go away within a few days. It did mean, however, that I wasn’t able to go out last night with Santa Maria as I had planned. I went home instead, and I needed to figure out what to eat for dinner.

Over the weekend, before I hurt my back, I made one of old favorites, a green-olive Moroccan beef tagine (I promise to share the recipe for it shortly), and there was some of it leftover. There was a problem, though. Most of the meat had been picked out of the dish, and all that remained was the sauce of tomatoes, potatoes, shallots, cinnamon, and other spices. It was very tasty, but it lacked protein.

Not being in a position to cook anything, I looked through the cupboards for something easy to eat with the tagine. I found a bag of pumpkin seeds, the perfect supplement for last night’s dinner, and a good snack for anytime. The seeds are high in protein, full of zinc and other minerals, and reportedly contain compounds that take care of the prostate. Keeping that healthy is even more important that protecting my back.