The Truth About Kale Chips 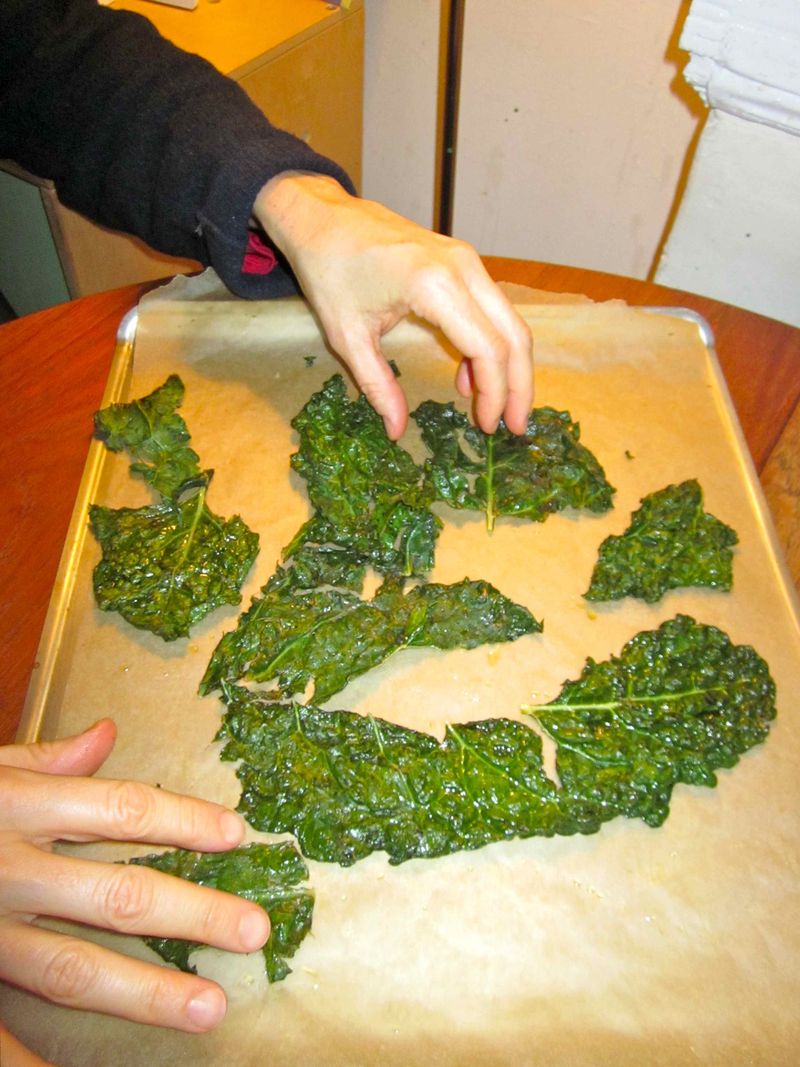 Given that I have recently written about wild boar stew and sage-and-apple pork roast, I think I can produce one more post about kale chips without this site turning into a kale ghetto. Shortly, I will share my weekend adventures in making flan, but first I have a confession to make.

I never liked the New York Naturals Kale Chips that were Santa Maria's gateway drug to the vegetable, and I wasn't really all that fond of her home-cooked version that she wrote about yesterday. I didn't see this as consequential. An old friend once said that for a couple to be happy, its members should have "sympathetic neuroses," and I think embracing the foibles of one's spouse is the foundation of a good marriage.

It's hard to blame Santa Maria for her kale addiction. I enabled it with the Fly Sky High Kale Salad, which her father said was great because he didn't taste the kale. I wouldn't go that far, but something about toasted pine nuts is incredibly mouth watering. And I'm proud of her for figuring out a way to make her own kale chips.

Kale is an amazing vegetable. It has been cultivated for more than 2,000 years. It grows in almost any kind of weather, and becomes sweeter after a frost. In some regions, folks leave the vegetable in the garden through the winter and pick the frozen leaves to eat as needed. It is rich in vitamins A and C, folic acid, calcium, and iron.

Last night, Santa Maria roasted up yet another batch of her kale chips. Because we were out of Parmesan cheese, she made them with nothing more than salt and lime juice, which leads me to another confession: These I liked, a lot. I would even call them addictive.

Lay the kale out on parchment paper on baking sheets, and spritz with olive oil, sprinkle with lime juice, and dust with salt (if you don't have a spritzer, mix oil and kale in a bowl).

Bake in the oven about 20 minutes, or until the leaves are crisp. This may take longer. Be patient.