Home Archives About
The Truth About Kale Chips
I'm Toast: My Alarmist Side Comes Out Over Breakfast 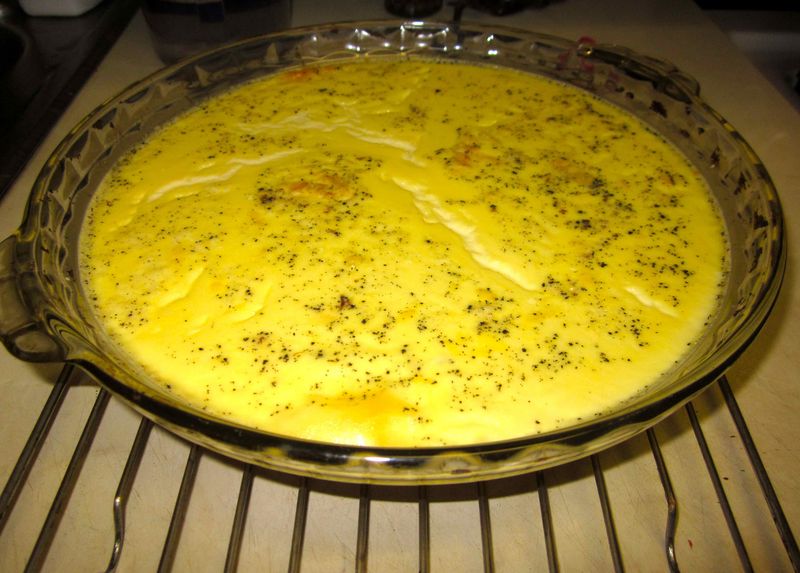 Next month, we will be moving to a new apartment. We need to leave our present place for a number of reasons (some of which date back to October of 2009, at which time I wrote about Chicken Tikka Masala) and I’ll eventually get around to telling that long story. In the meantime, our new home needs to be painted.

On Saturday afternoon we set off to the hardware store to select colors for its walls and to get paint samples. Santa Maria also wanted to go to a special yoga workshop, which was being held around the corner from the hardware store. Doing anything with kids is a little bit like swimming with your clothes on—you’ll get there, eventually, but it will take much longer than you’d like. By the time we reached the store, Santa Maria’s class was about to start, and I was left alone in the paint department with Nina and Pinta.

Pink is my girls’ favorite color, and I thought they would go straight for pink samples only, but they didn’t. They took some pink cards, but they also grabbed ones with blues and purples and blacks. In other words, we made no progress, so we headed home.

I was delighted with our outing, though. It was wonderful to spend time at the hardware store and then idly walk the snowy streets of Brooklyn. Over the last year, I was engaged in seemingly endless landlord-tenant legal maneuverings, as well as a repeatedly frustrating search for a new place to live. Now that all of that is over, I was enjoying my free time.

Back home I wanted to get a jump on the packing, so I made a flan. That might sound like procrastination, but E. B. White once wrote, “Possessions breed like mice. A man forgets what a raft of irrelevant junk he has collected about him till he tries to move it.” We have a lot of things around the house that we don’t need to bring to the new place. One of such thing was a long glass tube containing two organic vanilla beans.

I was inspired to use the vanilla beans by the chef Marcus Samuelsson, who recently tweeted his recipe for homemade vanilla syrup. I showed his recipe to Santa Maria, though, and she dismissed it. Not her kind of thing, but a few weeks ago she used one of the beans to make a flan herself.

She rushed the process though, and the result was not exactly appetizing—imagine sweet scrambled eggs. I was determined to make a smooth and creamy custard. Desserts are not something I have much experience with, and with Santa Maria out of the house I needed advice. So I turned to my reliable source: Mark Bittman’s "How to Cook Everything," the iPod application.

I nailed the texture, but completely failed to caramelize the sugar. I didn’t cook it long enough, so it didn’t turn golden. My mistake was keeping the heat too low, and relying on Pinta to time the cooking. That’s not what she set out to do, but when she started howling with hunger, I knew it was time to get that dessert in the oven and get on with the meal.

Combine the sugar and the water in a pot, and heat over a low flame until the liquid turns clear, and then a golden brown.

Immediately pour the sugar into a pie dish or the ramekins that will be used for the custard, below.

To make the custard

Preheat the oven to 300 degrees, and put a full kettle of water on to boil.

Slice the vanilla bean lengthwise and open it to expose the black seeds inside. With the tip of a spoon, scrape the black seeds out and toss them (they will clump) into the milk or cream mixture.

Heat the milk or cream until it is just about steaming.

With a whisk or a fork, mix the eggs, yolks, and sugar.

Slowly combine the heated milk with the eggs and then pour the custard into the pie dish or ramekins containing the caramelized sugar.

Place the pie dish or ramekins inside a larger baking dish, and then pour the hot water from the kettle into the baking dish to surround the custard.

Bake in the oven for about 45 minutes. The center should still be a bit wobbly when it is taken out.

Set on a rack to cool.

To serve, place the bottom of the dish into boiling water for 15 seconds, and then invert it on a plate.