We are spending the week at Santa Maria’s parents’ house, where we’re catching up on sleep and getting into the holiday spirit. Usually when we arrive, Santa Maria’s father, who does most of the cooking, has a meal ready for us, but he’s been busy taking care of Santa Maria’s mother, who is recovering from her injury a few weeks ago.

On our first night here, he served us a beef stew that one of his neighbors had prepared. Nina and Pinta didn’t care for it, but they quietly ate enough of the meat and their asparagus to have a piece of Santa Maria’s mother’s peach pie, which she had made over the summer and frozen before she hurt herself.

Santa Maria’s father may be busy, but he’s still running the kitchen. He made sure there were organic eggs and milk for us (he is a considerate host, even though he doesn’t buy organic for himself), and he’s already shown me a ham we could eat as well as a nice rib roast that we’ll either have or he’ll “save for a dinner party.”

Yesterday afternoon Santa Maria went off with Nina to buy candy so we can decorate the gingerbread houses we plan on making later in the week, and I took a moment to talk with her father about the cooking he does.

My first real cooking experience was in the Boy Scouts, cooking, and then earning the cooking merit badge. After I was married and when the children were growing up I was working and their mother did most of the cooking. I would make breakfast things, waffles and crepes suzettes, which are really more of a dessert. I made them with cinnamon and sugar for the kids, but I tried to make them once in a while for myself with Grand Marnier because that’s the first kind I ever had. It was at the New York World’s Fair, in 1939. I was there with my daddy and he was Belgian so we stopped at the crepe stand. 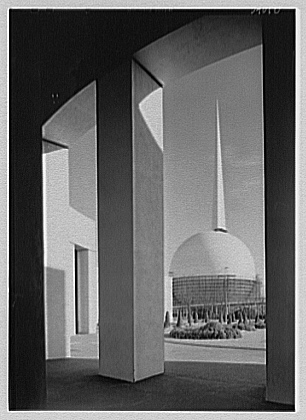 About two decades ago, when I retired, I started cooking more. My wife makes the salads, desserts and hors d'oeuvres. I make the entrees. I’ll also do soups. My usual soup is made with leftovers. I put all the leftover stuff from the entrees, and that includes vegetables, and mix it with a commercially available soup, such as Progresso, for flavor. There isn’t much need to add salt at that point.

There aren’t very many other men around here my age who cook as much as I do. I like to do it because of my bachelor days as a mining engineer.  I was in a place called Grand Junction, Colorado, and we’d get three days in town, and then we’d spend eleven days in the field. You had to cook for yourself. To me it was not a choice. I found that the easiest thing to do was to get a chicken and some vegetables and a pressure cooker.  We all had our own trailers out in the field, and the chicken would last three or four days. Maybe once a week I’d invite someone over or go to someone else’s trailer for dinner. It was cook and eat or not. I tried a cherry pie once, but it ended up all over the oven.

My advice to men who want to cook is to put the television in the kitchen or in the next room, that way you can get the news as you make the dinner. Also, start with something simple, like a roast chicken.

Santa Maria’s father may think of himself as an entrée man, but one of his greatest legacies is dessert. If Santa Maria came with a dowry, it was her chocolate sauce, which she learned from her father. Anyone who has ever had it wants to know how to make it. As it turns out, the recipe is an old family favorite. “That was my mother’s chocolate sauce,” her dad says.

Bring everything to a boil, whisking constantly.  Turn down heat and boil, low but rolling, for three minutes.

Serve hot over poached pears, vanilla ice cream, walnuts, or anything you desire. I survived on fresh, warm-to-the-touch Hungarian bread dipped in this gooey sauce for days on end in icy December while in Budapest as a student with my dear friend Betsy A. I did end up in the hospital, but that’s another story.  Dr. Ferenczi sent me cute, round, picture postcards of the city for a year or so after.