A Season of Giving

I received an early Christmas gift yesterday: I was shown the cover for my forthcoming book, "Man with a Pan." The artwork is not 100% finished, so I can’t reveal it here, yet, but I’m delighted with it.

It put me in the mood to think about giving, and getting. On the giving side, there’s a reading of food-related poetry and prose at The Old Stone House, in Brooklyn, tonight, that benefits the food pantry at St. Augustine’s Roman Catholic Church, in Park Slope. The writers are Greg Fuchs, Jim Behrle, Louise Crawford, Michele Madigan Somerville, Peter Catapano, Sophia Romero, Amy Gilbert and Jake Siegel, and there’ll be snacks, too.

On the receiving side, Michael Ruhlman has come up with an inventive set of cooking tools that solve some kitchen problems that only a hyper-busy home cook might have. My favorite of his are the All-Strain Kitchen Cloths, which are pictured below (photo thanks to Donna Turner Ruhlman). 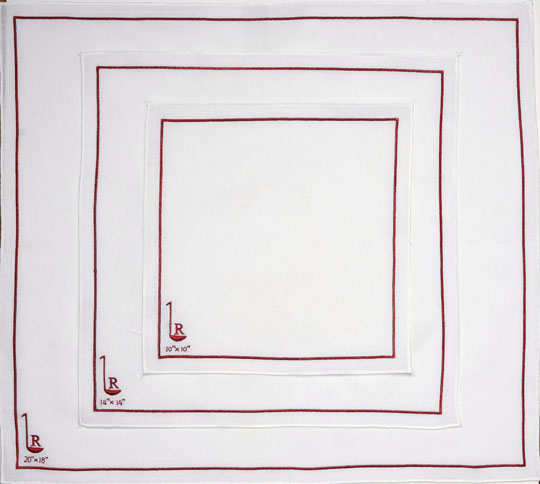 I can’t say I’ve had as much trouble has with straining my chicken stock as Ruhlman has (he reverted to using his handkerchiefs), but I’ve always struggled with the task. I use a colander lined with cheesecloth, and it never really works. The cloth never stays in place and part of it often appears to dissolve as I pour the hot stock through it. Ruhlman’s invention would seem to solve that problem, and they look good, too.

The other creation of his that caught my eye was the Easy-Clean Knife Grabber. Like Ruhlman, I’ve always found magnetic knife holders beautiful and useful. Ever since I became a parent, though, I’ve been committing the sin of keeping my knives in a drawer (both Santa Maria and the babysitter refused to allow the knives on the wall in reach of the young children; for some reason the blades scared them). I hope that we'll be moving to a new apartment soon, though, and this is one thing I’d like to hang on the wall now that the kids are a little older.