Home Archives About
A Friend Writes In: A Tale about Eating Mussels in Brussels, plus a Recipe
The Best Medicine

The Point of Making Meringues 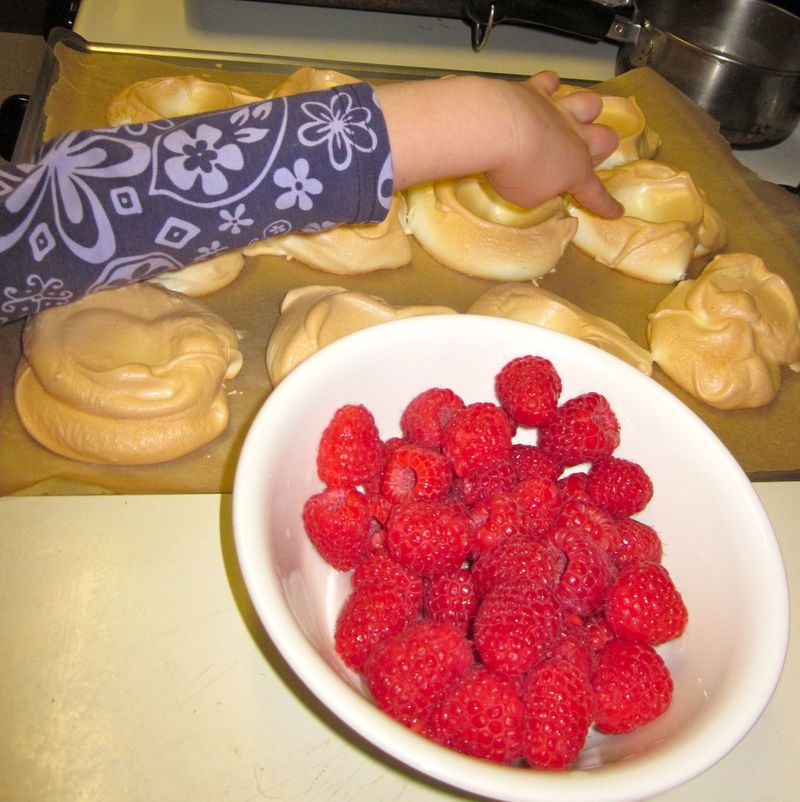 The truth about what happened on Saturday is that Santa Maria's eighty-six-year old mother could have fallen down anywhere. It ruined her trip and made for an awful weekend that she fell while visiting us, but there is an upside to her being here.

New York City has some of the world's finest doctors, and Santa Maria spent the day on the phone with at least half of them. Her grip on the cordless phone was so unrelenting that she wore out two batteries. Before going to work, I bought her a cheap plug-in phone.

After hours on the phone she hit paydirt, thanks to the recommendation of her dear friend Ngozi's brother T.O. — she got an appointment with an orthopedic surgeon at Mt. Sinai who is a leader in the field; he had an opening at 3 p.m. Santa Maria and her parents returned from the visit with relatively astonishing news. The fracture is more complicated than first thought, but the doctor, a pioneer in a technique using local anesthesia (which is much less risky for an elderly patient than general anesthesia), can do the operation on Thursday.

Santa Maria's mother was as elated as one could be under the circumstances. She took hold of the cordless phone and did her best to wear out the battery, chatting animatedly with her friends back home.

A general sense of optimism filled the house, and the good feelings reminded me of another of Santa Maria's recent efforts. Over the weekend, when my mother was in town, Santa Maria found the time during Saturday's chaos to make a delicious dessert.

I was out in the afternoon attending to our real-estate needs, and on my way back to the house before dinner, my cell phone rang. Santa Maria wanted me to get fresh berries and vanilla ice cream. She was baking meringues for our mothers.

I love meringues. To me they are the perfect dessert—sweet, delicious, and full of protein. No matter what the circumstances, they will lift anyone's spirits.

Meringues with Berries and Ice Cream

Beat eggwhites til frothy.  Add vanilla.  Add sugar a few spoonfuls at a time. Beat until stiff peaks form.  Scoop onto parchment paper and bake (really, oven-dry) at 225 degrees for a long time (about a hour) -- depending on whether you like them chewy inside or crunchy.

Proper recipes will tell you to make sure the egg whites are at 70 degrees, and to sift the sugar.  I'm lazy and don't do either.  It is important to preheat the oven or you may burn the bottoms.  Also, Joy of Cooking says that if you like chewy, 275 degrees; if you like crunchy 225 degrees.  And leave them in the oven, with the heat turned off, and the door cracked open, to cool, for 30 minutes or so.  Yum yum yum!

Serve with berries and ice cream on top.