The Truth about Candy 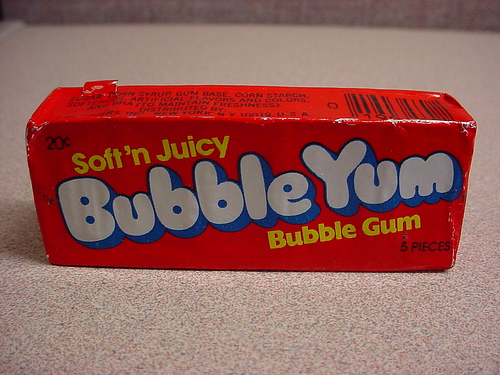 One evening last year while I was helping Nina brush her teeth before bed, she announced that one of her classmates in Pre-K had come back from the dentist with cavities. I told her that I had never had a cavity, which is true.

I said to her, “We never had candy when I was growing up,” which wasn’t completely true, but it was close. Aside from post-Sunday Mass peppermint Lifesavers, which I didn’t really like, and the occasional summer-vacation piece of Bubble Yum, which I loved, there wasn’t much else.

Then I thought for a second, “Never had candy when I was growing up?” What kind of childhood was that?

So by the standards of my upbringing, candy flows freely in our house. But I’m well aware of the dangers of overcompensation, and I've taken the only responsible approach I could think of—I’ve stepped aside. Candy is the domain of Santa Maria. She’s the one with the sweet tooth, anyway. Not surprisingly, I don’t really have one, and candy just confuses me.

Today’s New York Times has a fascinating article about a blog called The Candy Professor, that I’m sure will help. It’s run by a former academic, Samira Kawash, who says “America’s love/hate relation with candy has been puzzling me for many years. With CandyProfessor, I’m hoping to figure out why.” I know what she means.