Home Archives About
How Not to Make Quinoa Salad
The Color of Pomegrantes: A Dialogue

The Sounds of Pomegranate Season 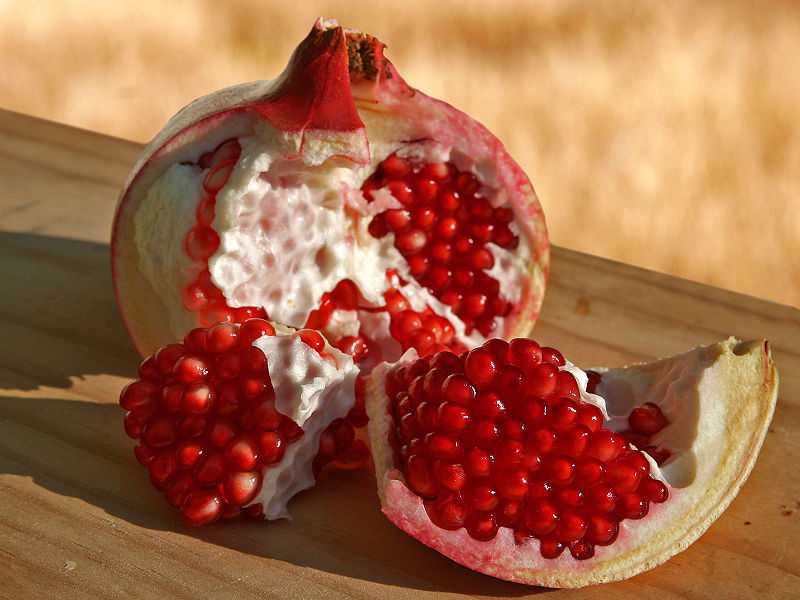 I’ve promised myself that when I move, I will upgrade my kitchen equipment. I have a few exotic things—such as a fish poacher, a Moroccan tagine, and a Swiss pressure cooker—but as one of my readers recently pointed out, I’m lacking some important items. “Dude. Seriously. Buy a Kitchen Aid mixer. I mean, if you're going to go through the trouble of having this blog (which I just discovered) and do things in the kitchen, get 2 tools: 1) The mixer and a food processor,” wrote Jez, of the website Fresh Beer Every Friday.

He’s probably right, but I’m a firm believer that you do not need fancy equipment to make fine food. You need a few good knives and a few solid pots. Fresh ingredients are more important than anything else. A bread maker, fuhgeddaboudit.

I plan on staying in an apartment in the city, and not moving to a house with a huge kitchen, so I will always have to limit what I keep on hand. There is one thing I will be certain to improve, though—my kitchen stereo. At the moment, it has a half-broken old boombox that only plays the radio. I dream about installing a Sonos system that magically keeps the music flowing in all the rooms, but my budget will probably be too modest for that.

I have a sizable library of music, and I’m often on the lookout for new acts. Pomegranates, an up-and-coming quartet out of Ohio, just caught my eye. It is pomegranate season, after all, and the ruby fruit is one of Santa Maria’s favorites. (She recently left a half-eaten one on the counter, and I’ve seen her toting the bright red seeds around with her; last week she gave them to our friend Randall Eng, at a performance of his opera "Henry's Wife".)

It seems like a perplexing puzzle and an enormous amount of effort to open one and get the seeds out (though Santa Maria has never been afraid to do the work). A colleague of mine who is a fan of the fruit recently told me about a method involving a giant bowl of water. She swears it is easier, but I haven’t had the time to try it. As soon as I do, I’ll share the results here.

In the meantime, I’ll leave you with Pomegranates, the band. They join a long list of quality acts from the Buckeye State, which includes the punk rock greats the Pretenders, Erika Wennerstrom’s raucous power trio the Heartless Bastards, the experimental blues-rock duo the Black Keys, and the eternally funky Ohio Players (“Love Rollercoaster”). The Pomegranates have a more contemporary and chiming sound (the remind me a tiny bit of the lovely English act the xx), and they even have a song called “In the Kitchen.” Enjoy.