Home Archives About
Men Who Cook Get a Little Love
Why Make Pancakes with the Kids?

Long Story Short: How Is My New Black Bean Recipe Going to Turn Out? 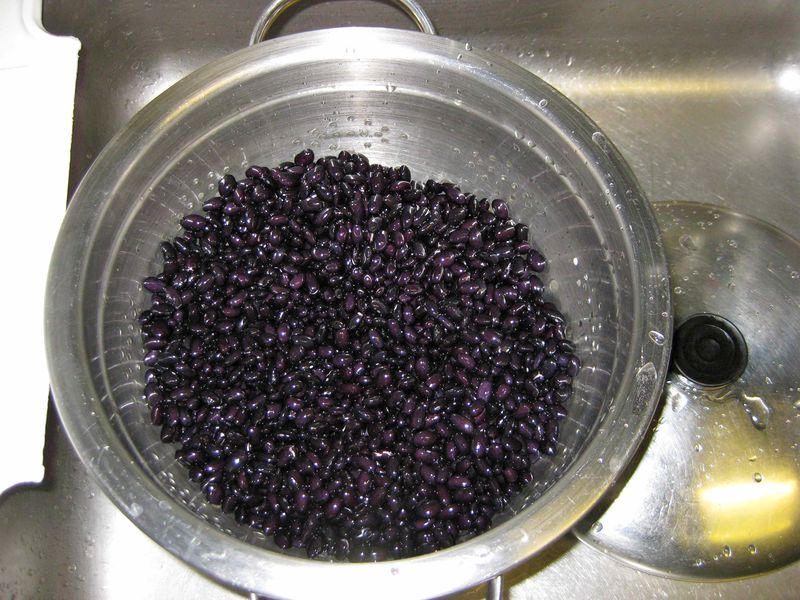 A week ago, I was at my desk in Manhattan late in the afternoon and my cell phone rang. A mother I know from around our neighborhood in Brooklyn was on the line. She was on the playground. Nina had fallen. Something about monkey bars was mentioned. The word “ambulance” registered in my brain. My cell phone is crap. It’s the one Verizon gives away. I can’t really hear anything on it. I wondered why she was calling, and not Nina's babysitter.

I called the mother back from a landline, and quickly got the story. Nina’s babysitter’s phone-battery was dead. Nina had fallen off the monkey bars. When our babysitter picked her up, Nina was groggy. There was a bit of drool, followed by a moment of panic, during which a nearby dad was enlisted to call 911. The EMTs were on their way.

About three years ago, Nina fell off a couch at a friend’s house, and hit her head. We took her to the pediatrician. She sat in the doctor’s lap and appeared to be happy. Then she vomited on the doctor, and we were off to a long night in a pediatric emergency room for a CAT scan. She turned out to be fine, but I’ve since paid attention to the high levels of radiation in a CAT scan, and I don’t want her to have another one.

In this case, Nina had fallen on her back. The wind had been knocked out of her. She was upset, but she seemed to be okay. That’s what the mother told me, though I didn’t really have any way of knowing. I was miles away, and I was stuck for a moment. If I left my desk to get on the subway, I would be without cell-phone coverage for about thirty minutes. During which time the EMTs were expected. I needed to stay where I was until I could talk to them.

The EMTs arrived and checked her out. They told me that she was fine, but because of her age they had to take her to the hospital. Apparently, if the ambulance comes in New York City for a child under five, the law says that child has to be taken in for an examination.

One of the EMTs was so sure that Nina didn’t need to go to the hospital he invited me to lie to him. “If you tell me she’s six, I won’t have to take her,” he said. I thought for a minute, and suddenly imagined Nina waking the next morning and being unable to walk. What if that happened? I told him the truth, that she was five-and-a-half, and they were on their way.

I hate going to emergency rooms. Often you have to wait for hours. Often they are confusing. Often the staff is busy with a major medical emergency and does not have the time, energy, or patience to deal with anything else. Getting a simple question answered can be a struggle. And, I’m convinced that if you go to the emergency room, you’ll come out with a gram-negative bacteria, the Swine Flu, or something worse. Hospitals are full of germs and sick people. I avoid them like, well, the plague.

On Thursday, it was not as bad as I had feared (there was rudeness, but no superbugs), and we were out in time for dinner. This pleased me greatly. I wanted to see if Nina and Pinta would like a new black-bean recipe I’ve been working on.

It’s not really a new recipe, of course, but it is new to me. I’ve pieced it together from references on the Internet and in various cookbooks. I've been tinkering with it. The first time I made it, the kids didn’t like it. Pinta objected to the onions. Onions are non-negotiable, though, so I had to find a way to make them palatable to her. I diced them very fine for this batch.

I love black beans. They are cheap, healthy, and delicious. They can be made in advance, and then they are extremely convenient. They freeze well, and can be defrosted with impunity on the stovetop, for quick weeknight dinner, after working late for example, or on those nights when your kid ends up in the emergency room.

We sat down at the table and started eating. Pinta said to me, “you can’t taste the onions in this,” and I knew I had a hit.

Saute the onion in a large stock pot, using a little oil, until translucent.

Add the garlic, saute for a minute or two more.

Add the beans and the water, and bring to a boil.

Turn down the heat and simmer for an hour or two, until the beans are tender.

Note: I make these almost every week, and I never measure the cilantro. Just use a big bunch of it. Make sure to add the salt and lime juice at the end of cooking, and speaking of cooking, there have been days when I have started the beans on the stove in the morning, cooked them for an hour or two, turned them off, left the house, come back hours later, and finished the dish with the lime and salt. It's almost impossible to mess this up, so long as you leave enough time for it. They also freeze and reheat very well.