Home Archives About
How to Eat: An Old Video Tutorial
Wooden Beams and Green Beans 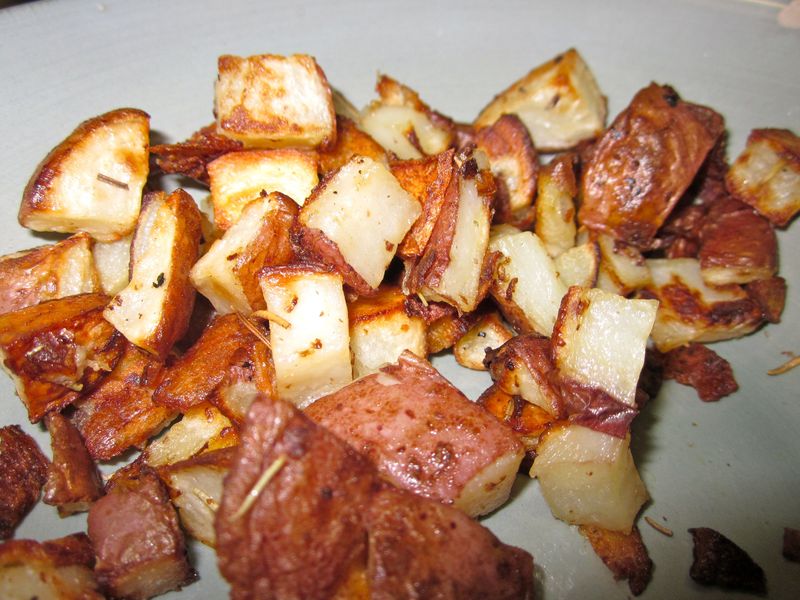 Those who watched the Robert Benchley film, posted below, to its end will appreciate what happened to me last night. (Those of you who didn’t can jump to the 7:28 mark).

I was back in the neighborhood early to look at a potential rental, and when I was done figuring out where the third bedroom was in the narrow Brooklyn floor-through that the realtor took me to (it’s in the living room, or rather it is the living room), I headed home to cook dinner.

I threw a chicken in to roast and chopped up some red potatoes. For some reason that defies logic, my children won’t eat potatoes unless they are French fries, which they consume at a rate that would make Jamie Oliver burst a vein.

Recently, however, we got them to try roast potatoes by using the oldest trick in the book. We lied to them, and told them that the roast potatoes were French fries. It worked, and now they enjoy them.

I ended up like Robert Benchley because there’s one important thing to remember while making roast potatoes—If you want them to be crispy, you cannot, absolutely cannot, crowd the pan.

I have but one large frying pan suitable for placing in the oven, so I limited myself to four little potatoes. They were gone in a flash, and I was left holding an empty fork.

Wash and dice the potatoes.

Toss with the olive oil, rosemary, and salt and pepper in an oven-proof roasting pan or frying pan.

Roast in the oven about thirty to forty minutes.

At about the ten-minute mark, give the potatoes a good stir and scrape up any that might be sticking. Do this once or twice more before they are done.

When the potatoes are crispy on the outside and soft on the inside, they are finished.