Home Archives About
Friends: A Cause for Celebration and Edward Giobbi's Lasagna Recipe
The Truth about Candy 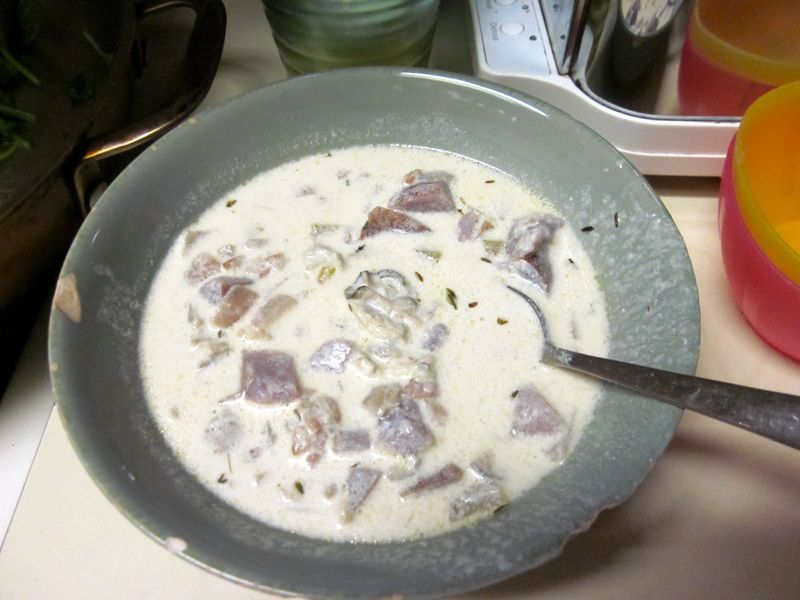 I miss the kind of meals I made before I had children, when I cooked for sport. It was always fun to try something new, and if a dish didn’t work out, there was still a very good chance that everyone would enjoy themselves all the same. Temper tantrums were confined to the kitchen, and dinners never ended in tears (shouts, maybe, but not tears).

Once, for New Years, I tried my hand at the Moroccan pigeon pie called pastilla. I had fallen in love with the sweet-and-savory dish on a trip to Fez a long time ago, and I wanted to make it at home. I hunted around for a source for pigeon, gave up, and settled on chicken. I had no trouble finding phyllo dough for the crust. Working with the dough was a different story, and I did something very wrong—the pastilla turned out as dry as the Sahara.

No one complained, though, and we just moved on to the next course. I can’t risk such things these days. It’s just no fun for me if my girls don’t eat. I tend to stick to the tried and true, and, after making breakfasts, lunches, and dinner, I don’t have the energy to try anything new.

At times, though, it can’t be avoided. On Saturday, I stopped my favorite fishmongers, Blue Moon Fish, at the Grand Army Plaza Greenmarket. I asked the clerk for a dozen small oysters. After I got home, I discovered that he’d given me six small ones (which Santa Maria and I slurped down that day), and six very large ones that were just far to big for me to eat on the half shell. I needed to find something to do with the oysters.

Chowder was the first thing to come to mind, but when I consulted a few cookbooks, I realized that I was in a slightly strange position. All the recipes for chowder called for a couple of dozen of them. I had but six.

I decided to improvise. When I did my weekly shop on Monday, I made sure to get things I might like to put in the soup. I bought blue potatoes, because I thought they’d look cool. Heavy cream, because that seemed vital. Bacon and celery, because you can’t loose with those.

I had half a red onion in the refrigerator. Red onion. White cream. Blue potato.  All American chowder! Why not? At this point I should issue a disclaimer. There are those who quite correctly challenge the quality of online recipes. The one I’m about to offer was tested just once, tonight. In its defense, I have to say it was delicious. Santa Maria concurs (in fact, her enthusiasm for it validated all my efforts, though she insisted on more salt).

I made the soup while getting the kids ready for bed. I started by softening the onion and rendering the bacon in a small pot. Then I ran down the hall to check on the kids. They were setting up a game in their bedroom. I dashed back to the kitchen and cut up the celery. I returned to their room. Everything was okay, but they wanted me to play with them. I said I would, in a second. “I’m making oyster chowder,” I told them as I ran off, suddenly realizing my folly.

I could make the chowder anytime, but I could only play with them at that very moment. I said I’d be right back. I quickly diced the blue potato and tossed it in the pot. I wasn’t sure about how to cook the potato (which would take a long time) and the oysters (which would take a short time), so I brought it to a boil with a little water. Then I turned it off and joined the children in their room.

We played for a while, then I did the whole bedtime routine in record time. Brushed their teeth, sat down to read their books. Santa Maria was on her way home, and I had to text her to tell her that I was a bit ahead of schedule. I think the chowder was calling me.

After the kids were in bed, I opened the oysters (with a lot of effort), chopped them up, and added them, along with a bit of cream and milk and thyme to the pot and simmered if for a few minutes.

It was creamy and delicious, and easy enought that I'll consider making it more often. Unlike the pastilla, it was a complete success. So much so that it made it hard for me to move on to the rest of my dinner, a more mundane plate of rice and beans, chicken, and spinach.

In a small pot, sauté the onion, bacon, and celery until the onion is soft and the bacon fat is rendered.

Add the potato and just enough water to cover them.

Bring to a boil and simmer until the potatoes are soft.

Bring to a boil and simmer for a few minutes.