Home Archives About
Egg On My Face, or a Huevos Rancheros Sandwich Recipe
Lunchtime Surprise 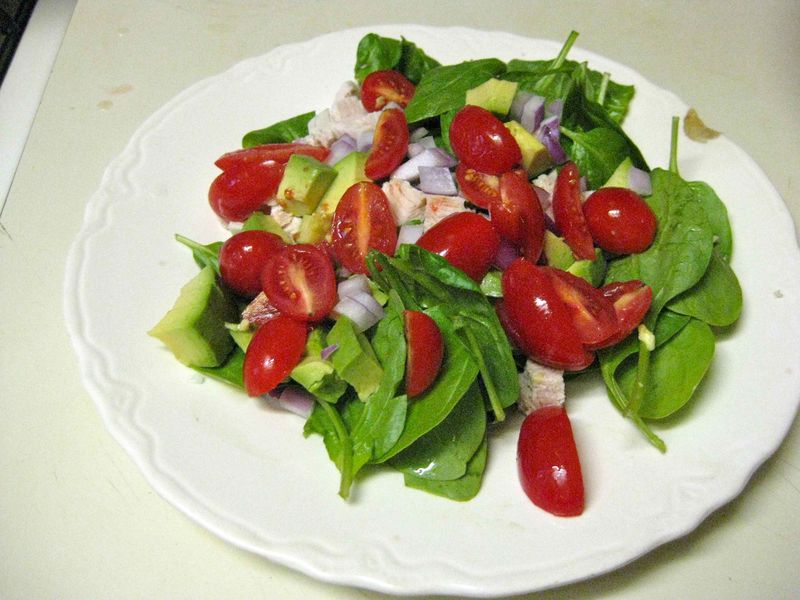 With the autumnal equinox, which falls tomorrow, approaching, this is a fine time to look back at a summer meal. It also provides me with a chance to use a photograph I took a few months ago, which is a good thing because I don’t have any more recent pictures. My camera is broken.

There should be some lesson in how it was ruined, but I don’t think I’ll learn it this lifetime. A few weeks ago, we were on a little staycation at my mother’s house, and we went to Storm King, the sculpture park in upstate New York. Five-year old Nina and three-year old Pinta were entranced by the colorful enamel, swirling steel, rough-hewn stone installations by the likes of Alexander Lieberman, George Cutts, and Andy Goldsworthy. I gave Nina my trusty digital Canon Elph, and she promptly learned how to point and shoot.

The next day she continued to ask me for the camera and she took pictures of her feet, the car’s license plate, the neighbor’s house, bees on flowers, and just about everything she set her eyes on. I was overjoyed to see her having so much fun. It's a cliché that kids make you see the world anew, and it should be. Any parent who’s half awake can tell you that.

That evening, we went out for a walk, and I gave Nina the camera. She continued on her photographic journey of discovery, until she was slightly distracted by her sister, who had gone on ahead of her. Nina ran after her, and in her summer flip flops, tripped on the sidewalk, and sent the camera flying. It came crashing down shortly after she did. She got up with a slightly skinned knee, but the camera was banged up for good. If I were the kind of parent to brag about my kid, I’d say she made the leap from visual arts to sculpture in remarkable time. The camera doesn’t take pictures any more, but it is a kind of cool objet d’art.

I like this picture of a summer salad that I threw together one evening in June. I don’t remember making or eating it, but I’m happy to be reminded of it. The salad is beautiful, with its bright reds and greens. I will miss those cherry tomatoes come fall and winter.

It’s easy enough to figure out how to make this salad—toss together tomatoes, avocado, red onion, spinach, and some chicken—so I won’t include a recipe, as I normally do.

Instead, I’ll perform a public mental-health service, and link to the Defensive Pessimism Questionnaire. Defensive pessimists, according to the psychologist Julie K. Normen, “lower their expectations to help prepare themselves for the worst. Then, they mentally play through all the bad things that might happen. Though it sounds as if it might be depressing, defensive pessimism actually helps anxious people focus away from their emotions so that they can plan and act effectively.”

I won’t be giving away much to let you know that I scored as a defensive pessimist, though I certainly wasn’t thinking about worst-case scenarios when I handed Nina my camera.