Home Archives About
Quick Summer Salad
The Chess Game of Life: and a Sole Meunière Recipe 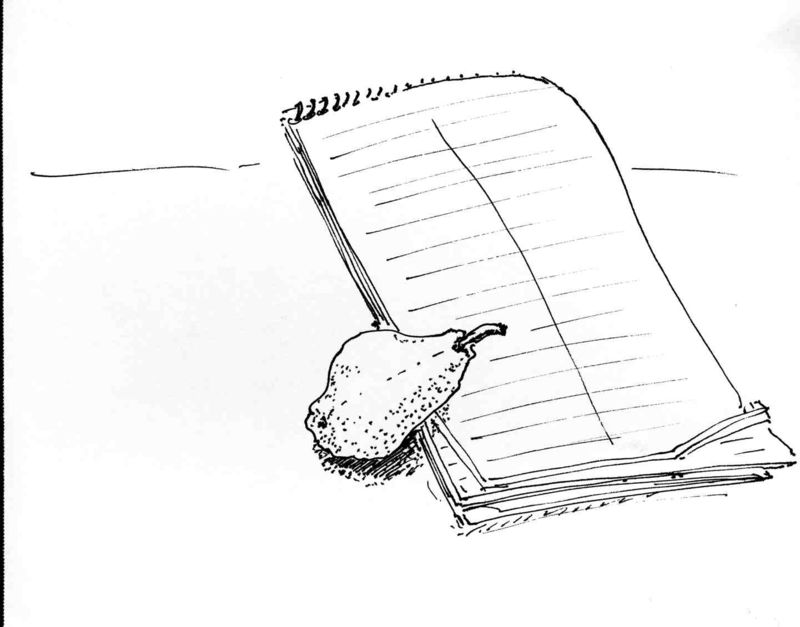 She was up early with her sister, and Santa Maria had started on their breakfast. Pinta is still young enough to be a terror upon waking if she doesn't get food into her stomach pronto. She loves fruit, and would eat it all day if she could. Santa Maria handed her a small bosc pear, and Pinta turned it upside down, like an ice-cream cone, and started to eat around it as if she was licking a scoop of Van Leeuwen vanilla.

Pinta offered to share the pear with me, but I wasn't in the mood. I like fruit well enough, but it is a taste that came to me late in life, and a 6:53 a. m. pear is not really my thing. Pinta was undeterred, though. She asked if I would like to take one to work. I said sure, and she trotted off to the kichen to get one for me. Santa Maria washed it, and I put it my bag, along with leftover scallops and fried rice that I had made the night before.

I forgot all about the pear until lunch today, when I opened my bag and found the little treat. I think it was the most delicious piece of fruit I've ever had. I enjoyed it before I even tasted it. My camera is broken, so I drew a little picture of it on my desk, next to a reporter's pad. Then I gobbled it in about three bites.