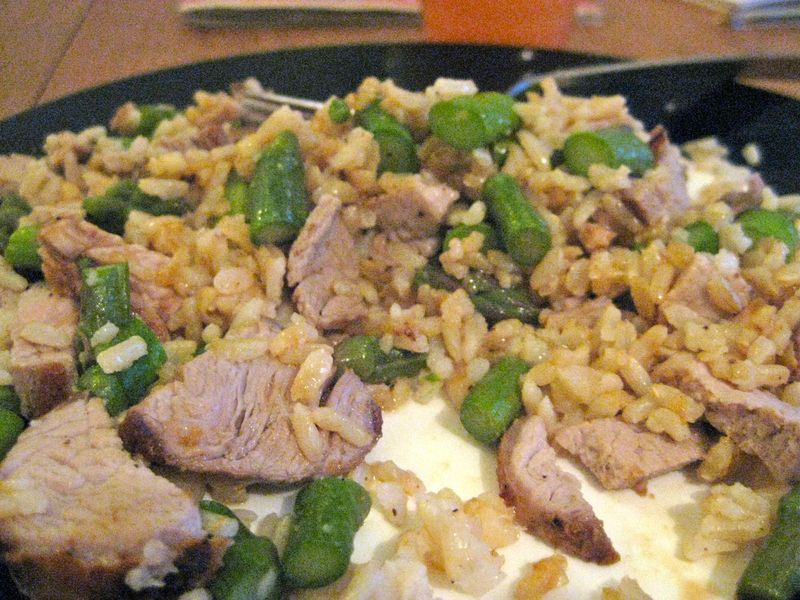 “Never complain, never explain,” said Sir Francis Bacon. Or maybe it was Benjamin Disraeli. Or maybe Henry Ford II. No matter who said the phrase, it’s hardly any use around here. Has anyone ever met a New Yorker who doesn’t complain?

I’m not going to start doing so now, but I will shed a little light on my absence from this space. Where to start? I’m being evicted; I’m looking for a new home; and I’m facing incredible work deadlines. But I’m not complaining.

These things take up my time and mental energy. I now know more than I ever thought I would about the rights of tenants (reassuring); the number of termite-sniffing dogs in the metro area (long story, real-estate related, for another time); and just how much caffeine is required to work all day and all night (try three Lipton tea bags, per cup, per hour).

The other night I experienced a nice personal breakthrough while cooking. All my life I’ve been very adept at following recipes (though I never seem to be able to memorize them and I am always going back to the cookbook, or Internet, no matter how many times I’ve made a given dish), but I’ve learned that to really cook is to make do with what’s on hand, to improvise from a given set of ingredients. I’ve always wanted this ability, but I’ve made a habit of shopping carefully and cooked accordingly.

That's a bit harder these days, and Monday night we were coming home from work with the kids in tow. Nothing was planned for dinner. I had pork loin, leftover rice, and fresh asparagus, which makes a nice warm salad, provided one has basil. But we didn’t have any of the herb. Santa Maria suggested substituting spinach for the basil, but I knew better.

Recently, I was thinking about fried rice. I like to start it with garlic and ginger, and the last time I prepared it, I thought it would be nice to stop there. So that’s what I did with the rice. I roasted the pork loin and steamed the asparagus.  I chopped the meat and the vegetable and I had a nice new variation on the salad.

All it needed was a decent dressing. That was a bit harder to come by, and I settled on white-wine vinegar and olive oil. Santa Maria added cayenne pepper to hers. Next time I’ll consider mixing in lime juice and, maybe, some rice vinegar or other Asian influence. Then I’ll really be cooking.

Mix the olive oil, mustard, and garam masala and spread over the pork loin. Salt and pepper the meat, and roast under the broiler for about ten minutes a side, until the internal temperature tops 145 degrees.

Clean and steam the asparagus.

Saute the garlic and ginger in a large frying pan, until soft and then add the rice and keep stirring.

Chop the meat and the asparagus and add to the rice.