Home Archives About
The End of an Era, and a Zucchini and Mint Pasta Recipe
Super Simple Tomato Sauce Recipe for Fresh Pasta

How to Cook an Egg 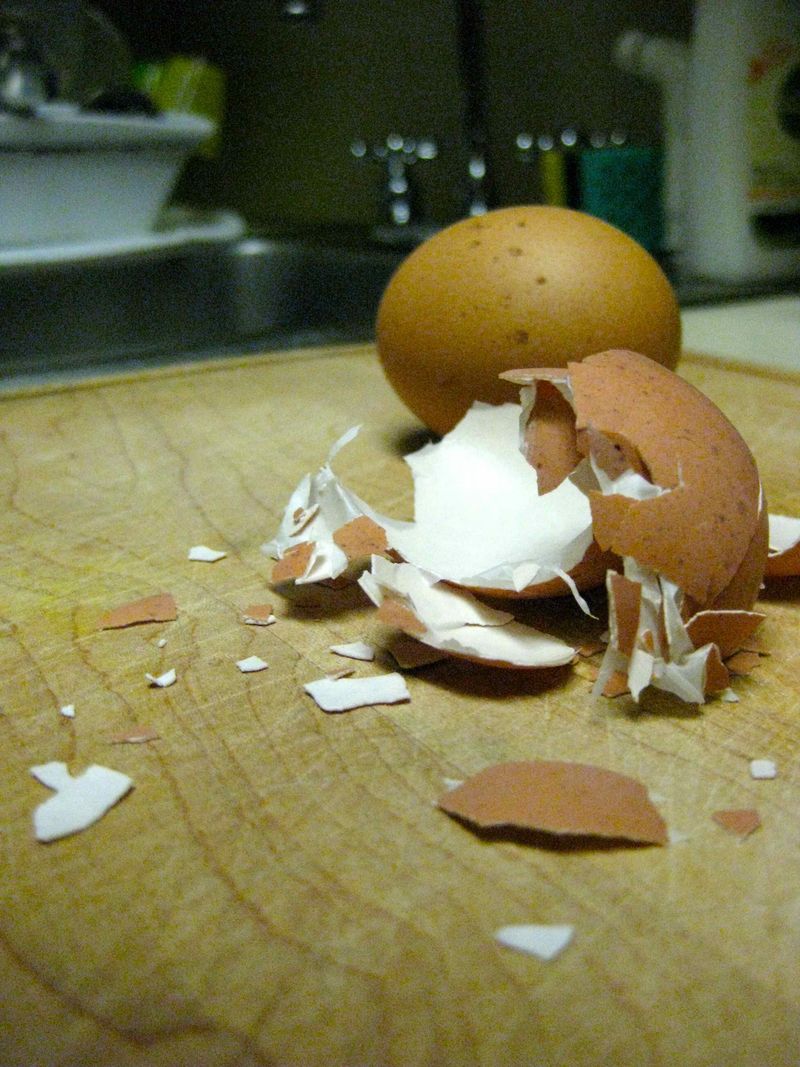 I've found it hard to cook these days for a couple of reasons. The first is that finding a new place to live is a massive task. Instead of chopping onions, I'm talking on the phone with friends about real-estate lawyers and the ins-and-outs of other neighborhoods. We need to move someplace with decent subway access to Manhattan, proximity to a great grocery store (nothing we find will land us as close to the Park Slope Food Coop as we currently are, alas), and good public schools. The first two points are not as much of an issue as the latter one. A good school will most likely determine where we end up next. Figuring out what makes a school good, is another question. Answering that will require more time on the phone and in front of the computer.

The kids slept until 8:30 this morning. The later they sleep, the less time I have to cook before going to work. Back when Pinta used to wake at 5 a. m., I would make soups and stews with her beside me on the floor of the kitchen. I think I dirtied every non-lethal utensil daily during those days. I would toss her pots, pans, spoons, empty plastic containers, and anything I could get my hands on to keep her busy. I got a lot of cooking done back then.

But this morning the house was silent until 8:30 a.m. I was shocked when I woke. We had a mad dash to get out to school and work. I didn't have time to do any prep work in the kitchen for tonight's dinner. When I got home from work, I was tired and hungry. Fortunately, I had made chicken soup over the weekend, and I ate some of that for dinner. We have a freezer full of old bread, and I used three pieces to make grilled cheese. Still, I wasn't satisfied. I needed more protein. The best thing I could find in the fridge to eat were eggs.

When I was a child, my mother made eggs a special way for me. She called it a "Chopped Up Egg." It caused great confusion whenever I slept over at a friend's house. "Eggs for breakfast? Over easy, sunny side up, or scrambled?," the parent would ask me. "Chopped up, please," I would reply, not knowing anything else to ask for. "What?" was usually the response.

It is a poached egg in a dish, chopped and served with some butter and salt and pepper. My mother usually served it in a tea cup. I loved it. I don't make it very often anymore, but it still tastes good in my memory. I was too lazy to make chopped up eggs this evening. I just boiled and peeled the eggs and ate them. I'm not proud, but I am well rested.

Bring a pot of water to a boil and then reduce the flame until the water is barely simmering.

Crack the egg and slip it into the water gently.

Poach it for three or four minutes, depending on how well done you like your eggs. I like the yolk bright yellow and solid, but you may not.

Put the butter into the bottom of a teacup, along with some salt and pepper.

When the egg is ready, remove it from the water and pat it dry with a paper towel.

Transfer it to the teacup and chop the egg up with a spoon, mixing the butter and the salt and pepper together.

Note: This is also delicious with a bit of toast crumbled into the cup.