The Many Ways to Make a Bolognese Recipe

My brother Tom and his wife, Liza, recently brought into this world their first child, a beautiful little boy, Luca. Last week, I took one look at him swaddled on their Brooklyn couch and said to myself, “Yes, I’m ready to be a grandparent.” Then I thought about what advice I might give my brother.

When I first became a parent, I learned that there are at dozens of different ways to do any child-related task, from breast-versus-bottle feeding, to plastic-versus-glass bottles, to milk-versus-soy-based formula to co-sleeping, attachment parenting, and Ferberizing. What I took away from the surfeit of opinions was that there was no right way to do anything. No right way, therefore, no wrong way. I was in business as a father.

I considered how I could sum this up to him. I concluded that the easiest thing to tell him is that there are as many ways to make a Bolognese as there are to parent.

In his book about learning how to cook Italian food, “Heat,” Bill Buford enumerates a few of the variations: “A Bolognese is made with a medieval kitchen’s quirky sense of ostentation and flavorings. There are at least two meats (beef and pork, although local variations can insist on veal instead of beef, prosciutto instead of pork, and sometimes prosciutto, pancetta, sausage, and pork, not to mention capon, turkey, or chicken livers) and three liquids (milk, wine, and broth), and either tomatoes (if your family is modern) or no tomatoes (if the family recipe is older than Columbus), plus nutmeg, sometimes cinnamon, and whatever else your great-great-great-grandmother said was essential”

Most Americans I know have little knowledge of what their great-great-great grandmothers might have cooked (or what she might have thought was essential when it came to child rearing). My brother and I are no exception. In a great-grandparent’s place, we have authorities like Marcella Hazan and Mark Bittman.

Hazan’s “Essentials of Classic Italian Cooking” outlines her requirements for a good Bolognese:


She goes on, but I won’t. I adapted my recipe from Mark Bittman’s “How to Cook Everything,” and I’ve never cooked it with milk. Someday I may try it, but for now I don’t want to mess with something that works.

A friend of mine, who cooks for his family all the time, describes serving Bolognese to his children as “an easy ground ball.” There’s no problem getting them to field it. Around our house, an evening of Bolognese has often been accompanied by dancing on the part of Nina, who likes it so much she celebrates. 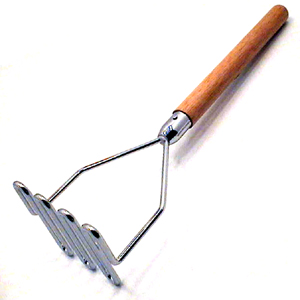 Recently, however, she has cut back on her consumption of the sauce. It could be that her tastes have changed, or might just be the fickleness of a four-year-old. Either way, I wanted to get her eating it again, so I made a slight adjustment to my method.  I realized that my meat was clumping (perhaps a consequence of skipping the milk step?), and I remedied that by crushing the cooked ground beef with a potato masher. I wasn’t sure if the more finely pulverized beef made a bigger difference than fact that I told her that I’d made it special for her, but Nina loved my latest version of it.

One note on the sauce: It may take hours to cook (during which period your house will smell heavenly), but it freezes extremely well and, if packed in quart or smaller container, defrosts on a low heat in the brief amount of time it takes to boil water and make pasta, making it a perfect alternative to a weeknight take-out dinner. Plus, it will taste much better than anything that comes out of a steaming cardboard box.

Saute the onion, carrot, celery, and bacon until the vegetables are soft and the bacon fat rendered.

Add the beef and cook it until it is brown.

Add the wine and cook it off.

Add the tomatoes and the spices and simmer until thick (about three hours).