Home Archives About
Pork Tenderloin Recipe for the Working Man
Why Pay for Pizza? 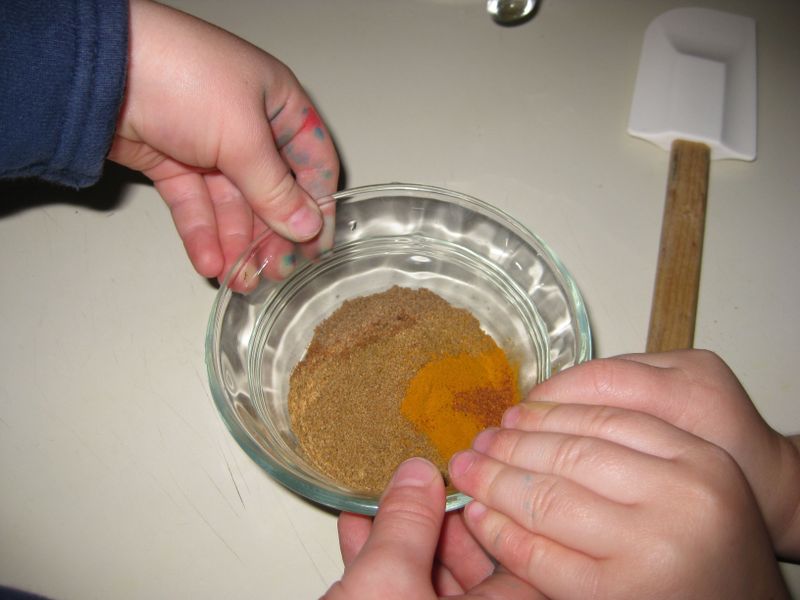 My friend Michael, a father of two who works for Slate, recently wrapped up an interesting online series called “Freaky Fortnight,” in which he swapped roles with his stay-at-home wife, Susan, who is also a writer.  Michael’s final post was a poignant entry calling upon himself and other young parents not to worry so much. It’s good, albeit hard, advice to follow.

I was thinking about his column the other night. We have new neighbors in our building, and they moved in one floor below us on Saturday. I’m sure they’re nice people, but my mind raced—what if they smoke? What if they’re noisy? What if they can’t tolerate the pounding of little footsteps up and down the floor-through hallway? I thought of Michael’s column and put those ideas out of my head.

On Sunday, I had other things to worry about, anyway, such as whether or not my kids would eat my chicken tikka masala. One of my recent triumphs around the dinner table was the successful introduction of the dish. I’d made a giant batch of it the weekend before when I cooked dinner for twenty people to celebrate Santa Maria’s birthday (I also made a roast leg of lamb, dhal, rice, and a cauliflower-and-potato dish). The party was great fun, but the best thing about it, from my perspective as the family chef, was that we were left, after the guests departed, with about four days of food.

Imagine then, my joy on Sunday night a week ago when both Nina and Pinta spurned the dhal they usually eat and in a fussy bit of madness succumbed to the enticing flavors of the chicken tikka masala. Never, in a thousand years, would I have been able to get them to even try the chicken were it not for their strenuous disdain for the dhal. The kids loved the chicken tikka masla, even though it was almost too spicy for my lips.

Chicken tikka masala has a most fascinating back story. I know the dish through eating Indian food at restaurants with my wife, who back in her student days spent a fair amount of time in the country itself. As a recent article in Saveur points out, chicken tikka masala may actually have a point of origin not in the subcontinent, but in the U.K. A Scottish parliament minister maintains that the dish comes from Glasgow, where, according to him, in the nineteen-seventies, a customer complained about the dryness of his chicken tikka at a local restaurant, and the chef responded by whipping up the now-popular sauce.

After my success a week ago with the chicken tikka masala, I wanted to make the dish again, lest the kids forget their enthusiasm for the dish. So I put together a batch on Sunday, and as I did so I started to worry that they might not eat it. Could what had happened a week earlier been a fluke? Would they torture me and reject it now?

That afternoon, Santa Maria had a conference call she needed to take, so I was left in charge of the children. I enlisted them in making the dinner, partly to keep them busy and partly to give them a vested interest in the dish itself. Nina and Pinta (especially Pinta these days) love opening and smelling the kitchen spices (ground clove is a particular favorite). Cooking with the kids takes longer than usual, but the tax in time would be well worth it to me if it meant that they would continue to eat the dish. Anytime I have a chance to add a dish to our collective menu, I leap at the opportunity.

I’ve adapted a recipe from Food and Wine’s 2001 Cookbook. It’s a little different than restaurant chicken tikka masala, in that it doesn’t have any cream, but it is, to me and Santa Maria (and now our kids), just as delicious.

After measuring the spices with the kids and having them stir the pot, I slipped them bits of the cooked chicken coated with the sauce. I wanted to prime their mouths with the flavor and get them interested in eating the dinner. They gobbled up the slices of savory and spicy chicken. They were hungry. Nina and Pinta snatched little handfuls of cooked rice. I was pleased they wanted such and adult meal.

Come dinnertime, though, they quite naturally reasserted their rights to be four and two years old. “No like that” said Pinta, when I gave her a bowl of chicken, sauce, and rice. She insisted on eating just the chicken. And not cut-up pieces. Nina, too. It wasn’t the sauce the set them off, it was the little grains of rice. Aren’t children wonderful? Just when you think you’re worrying about the right thing, they’ll come along and show you how you should be worrying about something else entirely.