Home Archives About
How to Eat a Blue Claw Crab, and Other Things I Learned at the Beach
Super Fast Summer Greek Tuna Salad Recipe

The Summertime Blues, or How Not to Cook Mussels on the Grill 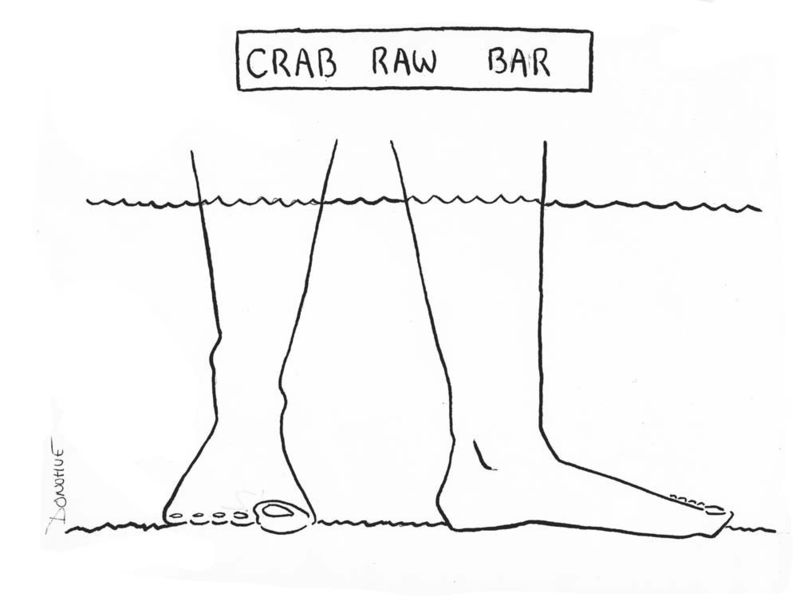 While on vacation, I managed my cooking responsibilities quite comfortably, which means I spent less time at the stove than I did on the beach.  One night we ate crabs (see below), another night one of my brother-in-laws grilled chicken on the barbecue, and yet another night we threw together some salads in the afternoon and relaxed with cocktails come evening time, salads being dishes that don’t get cold and don’t suffer from sitting around while you watch the sun set.

Last week’s dining section of the New York Times had a couple of articles addressing the challenges facing home cooks when they go on vacation. Julia Moskin wrote about the pitfalls of a sharing a kitchen, and she offers up a handy list of items not to forget. Jhumpa Lahiri contributed a cover essay on the essentials she needs to throw in the car. Chief among them, the cast-iron frying pan.

I thought of her essay this weekend while visiting the Abuelita. Usually, when we see her, we travel by train and try to limit the amount of things we carry. These days, though, we happen to be in possession of my late father’s Chevrolet, and our attitude towards luggage is quite a bit more liberal. “Want it? See it? Take it,” is more the thinking. Among the things we carted up there: my cast iron frying pan (Santa Maria discouraged me from taking both of the ones I own).

I took the frying pan to make Mussels a la Plancha. You can’t make them without it. Unlike Lahiri, though, I encountered another hitch. I didn’t bank on the Abuelita’s concern for the cleanliness of her new sealed-top electric stove, the surface of which happens to be white. She wanted to protect its pristine surface from my charred black frying pan.

So I did want any man would do when faced with female resistance in the kitchen: I started a fire. I figured the old Weber grill would be as good as anything to heat the frying pan. I had dreams that it might make the mussels even better. Grilling usually improves everything.

Alas, my experiment was a failure. The frying pan got hot enough to open the mussels, but the fire didn’t generate enough heat to cook off the liquid and give them that concentrated, explosive fresh-out-of-the-sea flavor. I had to plead with the Abuelita to give me access to her stove, which she did. Fortunately, the pan did not mar the surface and everyone was happy.

I think the effort failed because the pan was too far from the fire. I had placed it on the wire grilling surface. Maybe next time I’ll stick it in the coals. Anyone have any experience using a cast iron pan with an open fire?