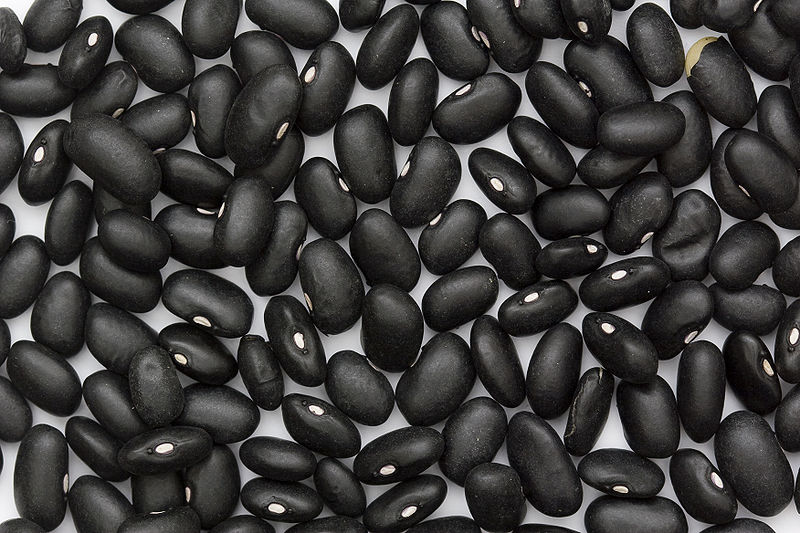 Over the weekend, I almost fell off the wagon. I didn’t start drinking (I’ve never really stopped), but I nearly gave up cooking. We were just back from the playground. The kids were hungry for dinner. Santa Maria and I were tired.

The plan was to have a salad that Santa Maria has grown fond of: romaine, avocado, scallion, and chicken. The afternoon had been hot, and this would have been a perfect dinner. Except for two things: the lettuce had to be washed and sitting on the middle shelf of my refrigerator was a most unusual treat. Our part-time babysitter, whose husband does most of her cooking, had left us a seafood salad.

The salads could wait, but the kids could not. I started to feed them rice and black beans, which I keep in the freezer for occasions like this. Nina wasn’t interested in the beans, but I didn’t give her an option (and ended up having to feed her most of it as if she was a baby). Pinta, on the other hand, just adores them.

While I was I was preparing the food for the children, Santa Maria threw herself into making chips and salsa and guacamole.

Once the Nina and Pinta had been fed, I cracked open a beer and sat down with Santa Maria to enjoy the chips and guacamole. Slowly, the prospect of washing lettuce and making the salad seemed more and more distant. I was sinking in a sea of laziness as the gentle waves of beer washed over me. Soon, only the seafood salad, looming on the horizon like the promised land, offered salvation.

I scurried over to the refrigerator and opened the container. I was full of mussels, squid, scallops, clams, and other shellfish. They were mixed with onion, pepper, and a variety of herbs. It was almost like ceviche, though I’m certain the seafood was cooked before being dressed. I ate it rapidly and enjoyed every bite. I’ll get the recipe and make it for myself soon. Santa Maria vouched for it as well. “I could eat this every night,” she said.

She left most of the seafood salad for me, and was still hoping for her salad of romaine. I didn’t want any more food, but after getting a boost from the fish, I had the energy to wash that head of lettuce for her. No falling off the wagon for me.

This morning I wanted to take the leftover beans to work, but Pinta saw the container of them on the counter. She starting pointing at them and saying “Want that, want that.” I didn’t have the heart to take them from her, so I left them for her lunch. She was very pleased.

Soak the beans at least overnight.
Rinse and cook in a stock pot with the Kombu for at least two hours, or until the beans are soft. The Kombu will more or less dissolve.
Rinse and reserve the liquid.
Sauté the onion until it is translucent, about five minutes.
Add the bacon, carrots, and celery.
Continue to sauté until the bacon fat is rendered and the vegetables are soft.
Add the garlic and cook another two minutes.
Turn up the heat and add the beans.
Add the wine, and cook for three or four minutes.
Add the chicken stock, tomato paste, cumin, and thyme, and enough of the left-over bean liquid to make the mixture soupy.
Cook for a half hour to an hour longer to reduce to desired consistency.

Note: After I cook them I puree them with an immersion blender. This combines all the flavors and             makes it more palatable for the kids. Also note, that these freeze very well.