Home Archives About
What to do with frozen spaghetti? A koan.
Cooking Fluke 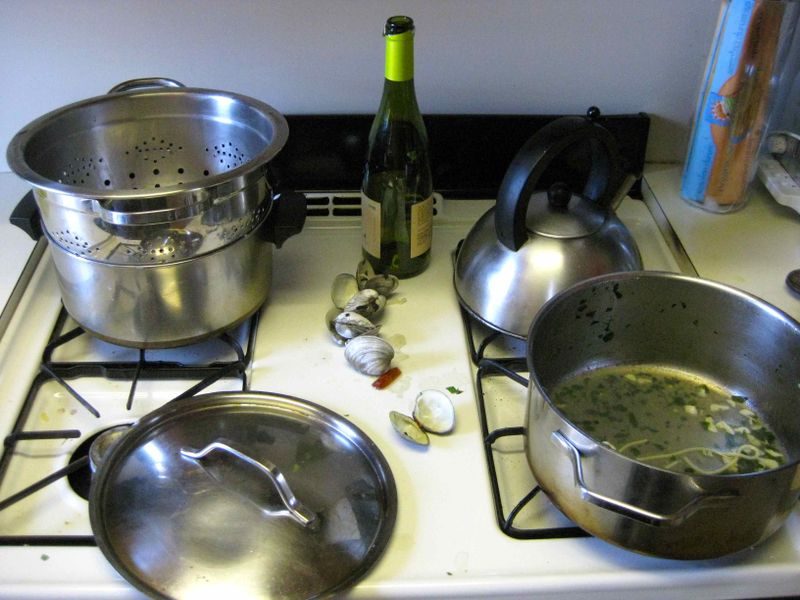 I love fish. I grew up eating it every Friday, but that’s not why I like it. As I am one of five children and money was somewhat tight when I was young, the fish was often was bluefish. It was never salmon, sword, or anything fancy (this was before farming made salmon relatively cheap). Often, it was awful. The unfortunate truth about bluefish is that it spoils quickly.

During a summer vacation when I was about ten (or twelve, or fifteen; what’s memory but a skipping disk of old songs?) we stayed at the Engleside, a longstanding hotel on Long Beach Island, New Jersey.  During the trip, my mother cooked many of our meals in the hotel room, which had a little stove top and a small fridge.

On day she went down to the other side of the island, where the sport fishermen dock their boats, talked to some talented (or lucky) fishermen, and bought dinner. I’ll never forget eating what she served. It tasted unlike anything I’d ever eaten before. I thought the sea had landed on my plate. I had a hard time believing my mother when she told me we were eating blue fish.

We don’t have to go to such lengths to get fresh fish. Every Saturday, there’s a greenmarket at Grand Army Plaza just up the block from us. One of its purveyors, Blue Moon Fish, has some of the best seafood in the city. They catch it during the week off of Long Island and sell it just days later. During the summer, we make weekly pilgrimages to their stand.

Today, it felt like summer so Santa Maria suggested that we indulge in one of our seafood extravaganzas. She biked to the market this morning and came back with three dozen little-neck clams, a pound of cleaned squid, and a pound of fluke. We were set for the day (our other favorite, mussels, aren’t in season yet).

We had the clams for lunch, over pasta, in this case spaghetti. I make a very basic, but very savory white clam sauce.  I learned the recipe years ago when I worked as a clerk in a retail fish market, fine tuned it by reading Mark Bittman’s nifty paperback “Fish: The Complete Guide to Buying and Cooking," and refined it by eating exceptional versions of it at restaurants like Al Di La, which I’m pretty sure is where I got the idea to add mint to it.

There are countless ways to make this dish (The website for “The Sopranos” even has a recipe). Bittman’s blog has an enticing and slightly more sophisticated variation. He suggests making it without wine. I would try it if I wasn’t so happy with what I’ve been making it for years (and if I hadn’t, about a decade ago, made such a dry version of this dish for a small dinner party that my sister and her husband were prompted to ask when I placed their dinners before them, “where’s the sauce?).

I love the way my sauce tastes, and so does Santa Maria and Nina (Pinta, who normally eats everything, refused to try the dish today—maybe she’s been reading Bittman).

Linguini alle Vongole
Scrub the clams well.
Heat some olive oil in a stock pot.
Add the garlic and the pepper.
Cook just a few minutes.
Add the clams, the herbs, and the white wine and cover.
Cook until the clams open up, just a few minutes (give the pot a good shake every so often).

Serve over linguini or spaghetti.
Serves two to four.