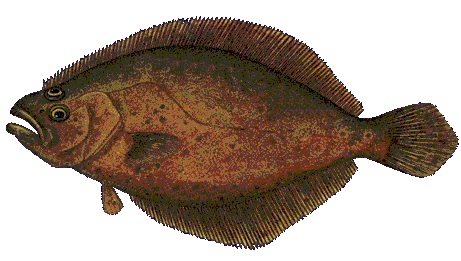 I wrapped up our seafood extravaganza on Saturday with a simple dinner of fluke, bread, asparagus, and wine. When the kids eat all of those items (except the last one), which is common around our house, I feel like I’m dreaming.

Too often, out of convenience, we feed them frozen fish sticks (some kind of pseudo organic thing from our local food coop, they can’t be half bad—but they can’t be half good either), and I get concerned that they might lose their taste for the real thing.

I don’t bread the fillets much. In fact, for Santa Maria, I don’t bread them at all. She’s a purist. She insists the fish needs nothing on it. So I’ve developed the following technique:

Get the cast-iron frying pan as hot as I can manage, hit it with some oil, grab a thin fillet, and toss it in until it sizzles and sizzles and sizzles and I’m at least a tiny-bit confident that it is browned. Then I turn off the pan and let it cool so that when I try to flip it I don’t loose all that gorgeous browning. It works about 75% of the time, and if the fillet is thin enough there’s sufficient heat in the pan to cook it through on the other side. Remember, fresh fish doesn’t need nearly as much cooking as you think it might.

As for myself and the kids, I drag the fillets through a little salted-and-peppered flour and give the fish a few minutes a side in the cast iron pan. I like to warm the oven to keep them a nice temperature as I can only cook one or two at a time.

Getting the food to the table is the least favorite part of the meal for me. I’d rather wash dishes than plate up the food for my children. I leave that to Santa Maria. There’s just too much at stake. I know how to cook. How to get the kids to eat it is a whole other question. So much can go wrong as soon as they see the food. On Saturday night, everything went right.