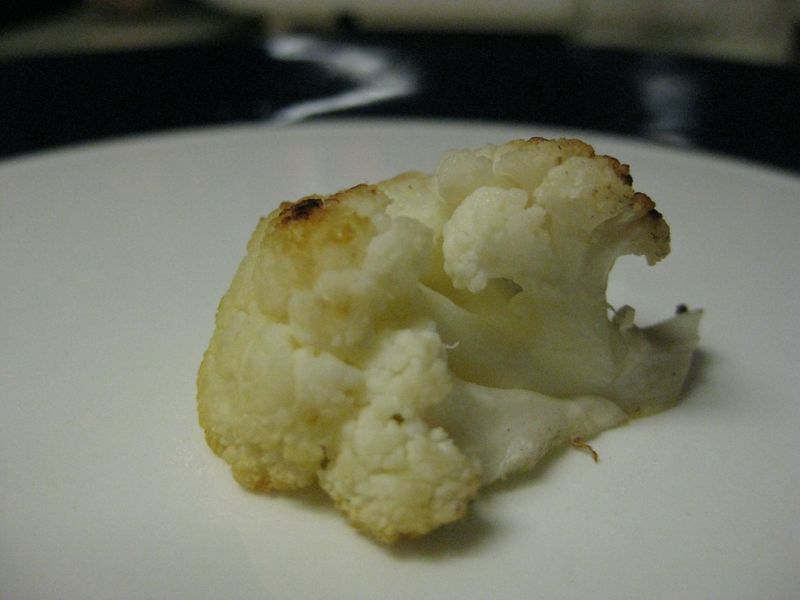 On Sunday, when Santa Maria and I were planning the week's meals, we punted a bit, putting down  frozen empanadas for one meal (she tried to punt two more times by penciling in an order from Fresh Direct, but I didn't go for it—too much of a luxury at the moment).

Last night we ate the empanadas, which have many advantages. They require no prep, cook in about ten minutes, are quite filling, and I like their taste. Still, I find them uninspired. They're fine for lunch (and they make great road food; just be sure to keep them warm with a towel, and not a plastic bag, which will leave them soggy). I expect more from my dinners.

We got lucky last night. Our fantastic babysitter had made a batch of thirty-one homemade empanadas for her family, and she brought us two. She makes hers with turkey and they have raisins and other spices inside. They're delicious little pockets of wonder. I hope to get the recipe from her someday.

We matched the empanadas with two easy-to-make vegetable sides, spinach and cauliflower. I take the laziest tack imaginable with the spinach, buying the pre-washed kind and throwing it in a huge frying pan with nothing but its naked moisture. I always marvel at how it cooks down to nothing, although it tastes exactly like what it is—undressed.

The cauliflower is almost as easy, and turns out much more fancy tasting. I roast it in the oven with a touch of olive oil and some salt and pepper. Nothing more. The roasting browns the corners of various florettes and makes for a mouth-watering experience. The trick is to use less oil—and more salt and pepper—than you think you need.

Cauliflower,  spinach, and the two types of empanadas? Now that's something I could call dinner.

Turn your oven to 350 degrees.

Wash and cut up a head of cauliflower.

Throw it in a roasting pan with about a tablespoon of olive oil and some salt and pepper.

Put it in the oven, and stir occasionally.

It should be done in about twenty minutes (the smaller you cut up the head, the faster it will cook).