Home Archives About
Afternoon Off
The Sweet Way

For our birthdays, a few months ago, my superstar younger brother and his wife gave Santa Maria and myself two fantastic things: A gift certificate to a local restaurant, Convivium Osteria, and babysitting. We took them up on their offer earlier this week. They came over about seven to hang out with Nina and Pinta and put them to bed.

I know what I would feel like at that time of day—hungry. So I decided to cook them a meal, before I went out to dinner. In the end, it was not the wisest choice, as I had been looking forward to a night off, and instead found myself at the stove, as usual. But I only recognized that later. That night, all I wanted to do was feed them. They were feeding us, in a way. We don't often go out to eat, and we don't often engage nighttime babysitters. It's just not in our budget. Here they were giving us both. 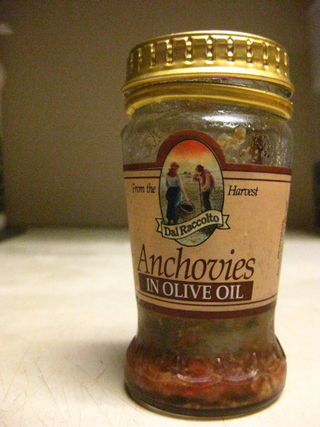 I made them puttanesca sauce, one of the easiest, and perhaps the oldest, recipes in the world. Puttanesca is a storied sauce. Its origins are often traced to Naples and to the prostitutes of that seaside city. Puttanesca derives from the Italian for prostitute, puttana, and for some, its pungent and enticing aroma calls to mind what Courbert captured so gamely in l'Origine du Monde. The story I prefer is that puttanesca sauce came into being because the prostitutes needed something to make between customers, and they didn't want to waste time.

It can be made quickly. And it is delicious too. But perhaps the best thing about it, besides the salty and satisfying taste, is that all of its ingredients are things that don't spoil and can, and should, be kept on hand at all times.

I made the sauce in the time it took the kids to get into their pajamas. We went out and ate a fine meal. Convivium is a very warm and attractive room and the dishes, a cross between Spanish, Portuguese, and Italian fare, are well executed (though my favorite part of the meal was when Santa Maria declared that my bolgonese was better than their wild-boar verision).

We came home to find my brother and his wife in a pasta-induced haze. They loved the sauce and have been clamoring for the recipe.

4 or more cloves of garlic, smashed and peeled

12 or so black olives, sliced

herbs such as basil or oregano to taste (completely optional; I didn't have any on hand the other night and they weren't missed).

Start a pot of water to boil, for the pasta. Heat oil in a heavy-bottomed pan. Add garlic and anchovies and chili pepper. Saute until garlic is soft, add tomatoes and reduce.

When the sauce is thick, add capers and olives and any herbs.

Serve over the pasta. Enjoy.