Home Archives About
Simple is Best
Notes from the Field 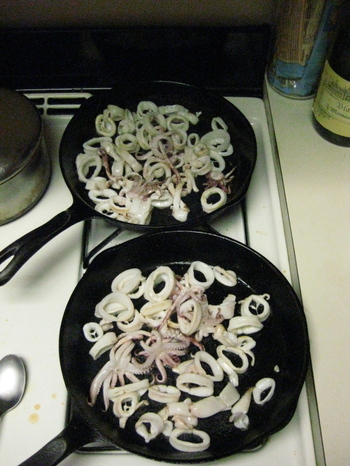 On Sunday, I went with my family to see my ailing father, who has late-stage prostate cancer. Very late stage. He lives in northern Westchester, and though his home is not all that far away, it always takes a long time to get there. This time, the trip involved multiple forms of transportation—a car service, a MetroNorth train, and a borrowed automobile. The kids never nap well at my parents’ house and they were exhausted by the time we left to return home, after dinner. I was exhausted too, from traveling with the kids and from the draining nature of my father’s last days. I never know when I go to see him lately if it will be the last time I see him.

Traffic was light on the drive home and I managed to keep my eyes open long enough to steer us safely through the Bronx, across the Triborough Bridge, and into our home borough. I am borrowing my father’s car for the week, so after dropping the wife and kids off and helping get them settled, I had to find a parking space. It took me more than a half an hour. All of which is to say that it was approaching 10 p.m. when I got home to confront the fresh squid that was lingering on the bottom shelf of my refrigerator.

I had bought the squid the day before at the Greenmarket. We had been walking in the park and trying to decide what to eat for lunch when my three-year old, Nina, started clamoring for mussels. Mussels are easy to cook, so I headed over to buy some. As sometimes happens to me when I stand before the fishmonger’s offerings, I lost my head. I bought mussels, flounder, and squid. For no real reason other than it seemed like a good idea at the time. The flounder I ate for lunch. The kids had the mussels for dinner, and I planned on cooking the squid for an easy lunch on our trip to visit my father. But I never got around to it. The fishmonger told me that the squid could go one day, and that was it.

I wasn’t really hungry, having eaten some pea soup before leaving my fathers’ (as well as a pile of Thin Mint Girl Scout Cookies on the way home courtesy of my wife, Santa Maria, who poached them from my mother’s freezer). Still I needed to cook up the squid.

I sliced it into rings and heated two cast-iron frying pans on the stove until they were smoking. I poured olive oil in and wondered about the flash point of olive oil (what would I do if it burst into flames?) and then tossed in the squid. I scorched it and salted it. It was great. Done in a matter of minutes. I nibbled some before going to bed and then put the leftovers in the refrigerator, not certain what to do with the rest. I’ll address that tonight, hopefully before ten.