Home Archives About
The Forty Dollar Bolognese
It's 10 P.M. Do You Know Where Your Squid Is? 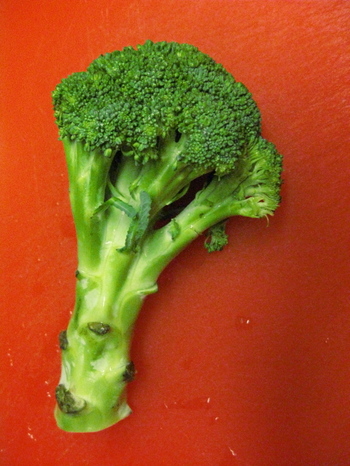 Occasionally, I get confused about what to eat. Take today, for example. I took the children to the daycare center in my office building so Santa Maria could have time to work. We've started doing this about once a week, and when we do we promise the kids pizza when we get home. They love it. We love not having to clean up and not having to cook.

But pizza is not what I call dinner, at least not for myself. Not often, anyway (the infrequent trip to Patsy's or some similar thin-crust specialist aside). I knew I would not get enough to eat for dinner so I had a big afternoon snack—three glasses of milk, a yogurt, a banana, and a piece of pound cake (it's shouldn't be a suprise that I have the emotional maturity of a teenager; I still have the gastronomical capacity of one). Then I had a slice of pizza with the kids.

When I got home I was somewhat full, but not at all satisfied. Did I need to cook dinner for myself or not? I was confused. Hungry or not? I had a craving for vegetables though, green vegetables. This much I knew. I took some broccoli out of the refrigerator and steamed up a head for Santa Maria and myself. The kids were in bed and we were lazily eating what we could find. Santa Maria supplemented her broccoli with leftover Indian food. I popped some frozen empanadas in the oven (I had determined that I was hungry). Once the broccoli was done, we started to eat it out of the pot (we were hungry, after all).

Santa Maria left her broccoli plain. I looked at mine and recalled an article I'd seen in the New York Times on Monday, which had a special section on children and health. It was called the six mistakes parents make when feeding their children. One of them, apparently, is to serve plain, boring vegetables. (We don't do that with our kids. They love broccoli dressed with a balsamic vinaigrette). The article said it was a mistake not to add a sauce to vegetables, and not just for taste. It said that some fat in the sauce could unlock the fat soluble vitamins in the vegetable. Who knew? In any event, I decided to put some olive oil and sea salt on the broccoli. This might sound boring, but it was anything but. The olive oil was fruity and the sea salt crunchy. The combination was so good, I would do it again as a side dish for a dinner party. The recipe couldn't be simpler: 1 head of broccoli, washed, chopped, and steamed. Olive oil and salt to taste. Delicious.