Home Archives About
Where's the Beef?
Another Day, Another Bolognese 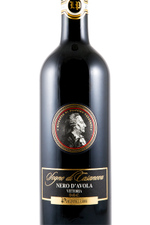 I didn't do any cooking today. I did a bunch of defrosting. Santa Maria was working all day (she had a documentary shoot) and I had responsibility for the kids. I took them to the daycare in my building. On my own. On the subway. There was no time for me to cook anything. I wasn't concerned, though. In the freezer I had chicken soup and bolognese. The soup became their lunch. The bolognese their dinner (mostly because I knew that I could eat it too, and I like it more than chicken soup).

The day went well. We had good subway karma. The elevators worked where they were supposed to and the trains weren't all that slow or crowded. No one melted down until we were almost home, when we got out of the train at Pacific Street for the twenty minute walk (it's the the only station near our house with an elevator). Nina wanted pizza. The last three times I took the kids to the daycare we capped the day with pizza out. Those nights Santa Maria was with us, though. Tonight I was on my own, and I felt like they'd eat better and it would be easier on me to give them bolognese at home.

Nina did not agree, and she let me know. She howled and cried and squirmed the whole way home from the subway, even though we stopped at a local toy store, LuLu's, for helium balloons. Oh, I forgot to mention that Nina didn't really eat much chicken soup and she refused a snack on the way home. She was very upset that we weren't having pizza.

As temper tantrums go, I would only give it a three (the perfect ten in my mind goes to my nephew Michael, who when he was about Nina's age was in the habit of throwing himself down on the ground and banging his head on it. Watching him do that on a Brooklyn sidewalk during a holiday visit was almost too much to bear. How many IQ points did each slam cost him?). But because Nina is not usually in the habit of throwing temper tantrums, I found it tough to bear. It was late and I realized that it would be easier to give them pizza, but there was no way that I could with her tossing such a fit.

We headed home. She screamed and cried up the four flights to our apartment. Pinta, her younger sister, got into the act. We had a symphony of tears. The pasta cooked quickly and the sauce was as delicious as usual. Santa Maria made it home in time to eat with us. I opened a new bottle of wine, one of my recent birthday gifts from her. We ended up having what I think of as a Sunday supper in the middle of the week. And the wine, a sublimely tasty Paravizzini Sogno di Casanova Nero  D'Avola, from 2005, certainly helped me defrost.